No real trump card for M’sia 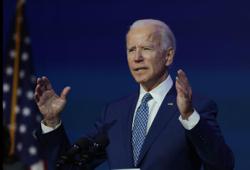 The Obama factor: The former US president could influence Biden’s foreign policy and put attention on Southeast Asia. — Reuters

There might be no change for the region with Trump’s defeat but Biden’s era could usher in a more coherent foreign policy which would benefit the country.

JOE Biden trumped Donald Trump in the 2020 US presidential election.

Will there be any difference to Malaysia that Biden and not Trump is going to be the next US President?

“Yes, ” noted Shahriman Lockman, a senior analyst with ISIS Malaysia. “But we need to look at Biden’s policies on China and international trade. Those are the things that will matter and truly affect us.”

Shahriman opined that it would depend on who Biden appointed into key positions such as secretary of state, secretary of defence and national security advisor.

Nevertheless, he said bilateral relations between Malaysia and the United States would not be significantly affected.

“We are neither an ally nor a major irritant to the Americans, so we generally don’t attract the attention of the White House. The relationship is mainly run by professional civil servants at the State Department and the Pentagon, ” he said.

“So, changes to the occupant of the White House rarely makes a major difference to the bilateral relationship.”

The real impact comes from broader US policies, according to Shahriman. US policy towards China and the Southeast Asian region would have a significant spillover effect on our bilateral relationship.

“This was demonstrated clearly under Trump. What really affected us was not the Trump administration’s specific policies towards Malaysia but towards China and on international trade, ” he said.

Shahriman doesn’t think the Trump White House ever had very specific policies towards Malaysia. “We need to understand that the United States is a global power and the White House could only focus on major issues and countries like China and international trade. We hardly register, ” he said.

No doubt, said geopolitical expert Azmi Hassan, the foreign policy of the United States under Biden would be more structured, rational and easily understood by other nations including Malaysia. With Trump obsessed with his America First policy, Malaysia was on the receiving end of it, he said.

For example, he said Trump accused nations, which had a trade surplus with his country, of cheating when they traded with the US. Malaysia has a very healthy trade surplus with the United States and it is under the watch of the US trade agency, which sets out three criteria a country could be referred to Congress for further action.

“This put Malaysia in a precarious position since we only fulfilled two out of the three criteria. The one not fulfilled yet is that Bank Negara did not manipulate our ringgit, ” he said.

Under Biden, Azmi foresees Putrajaya and Washington relationship will be fairer and more balanced. “In a way, Biden won’t act rashly as Trump, ” he said.

“The West Capella (a drillship working under charter to Petronas) incident that occurred in our EEZ (Exclusive Economic Zone) a few months back is a testament on how difficult it is to deal with Trump’s foreign policy. In this incident, US warships were dispatched under the pretext of protecting West Capella, but actually it was to demonstrate that he is tough with China not only on trade matters, ” he said.

No doubt, Azmi said, during Biden’s era, US involvement in the South China Sea would be coherent and not based on a US president wanting to score a point with China’s President Xi Jinping. He said it would make it easier for Wisma Putra to formulate our foreign policy because Biden would be more rational and listen to his experts and would not act at his whim.

He added that a cordial US and China relationship, for example, would be good for Malaysia, especially as it would open up more markets for our exports.

“Trump just ignored Southeast Asia. Whereas when Barack Obama (who was Trump’s predecessor) was president, he had an interest in the region especially as he has a direct link with Indonesia, ” he said.

Mohd Azizuddin said Obama, who campaigned for Biden in the US presidential election, could influence Biden’s foreign policy, particularly in Southeast Asia. He said the President-elect could give attention to Southeast Asia, like Obama who previously pursued neoliberal agenda on economy and trade in the region.

Mohd Azizuddin believed that Biden presidency would be positive for Malaysia compared with Trump as president.

“In 2017 when Najib went to the White House to see Trump, the then Prime Minister announced that we were going to invest more in the US, ” he said.

“It was a weird statement as to why we must invest in the US when it is the US which should invest in us. Actually, we were pressured by Trump to ensure that there is a trade balance between us and the US.”

Somehow, contends Mohd Azizuddin, Malaysia’s relationship was not good with the US because of Trump.

“I think Biden will change it. Even our sentiment for him is good as (many of us) wanted to see Trump defeated, ” he said. 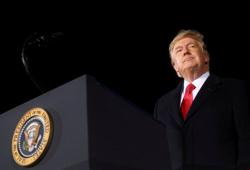