The by-election for the Chini state seat was ongoing and I decided to take a road trip to the Malay heartland in Pahang. I visited the parliamentary seats of Pekan (where Chini is located), Kuala Krau, Temerloh and Bera.

During my three-day trip out of my Subang Jaya bubble, I spoke to two dozen Malay voters to find out who they preferred to be Prime Minister and which party they would vote for in GE15.

My first stop was Pekan, the stronghold of former Prime Minister Datuk Seri Najib Razak. About 88% of the voters in the seat, which Najib has held for 10 terms, are Malay. In GE14 in 2018, the former Umno president won it with a comfortable 24,859 majority.

While eating fried ikan patin at a stall along Sungai Pahang, the longest river in Peninsular Malaysia, I spoke to a 58-year-old palm oil contractor.

He said the most influential parties in the Pekan parliamentary seats are Umno and PAS. Parti Pribumi Bersatu Malaysia, he said, has pockets of support in the town but not in the villages.

"They are angry that the Pakatan Harapan manifesto is not fulfilled. And they are asking, 'Why during the Covid-19 pandemic the Perikatan Nasional government could give financial aid when the Pakatan government said it did not have money?'," he said.

The palm oil contractor said the Malays in Pahang, especially Umno supporters, idolised Najib. For the kampung people, he said, the former Prime Minister is not guilty of the corruption charges he is facing in the 1MDB financial scandal.

However, he said it was better if Tan Sri Muhyiddin Yassin continued to lead the country after GE15.

"He is a good leader. Look at how he is tackling Covid-19. On television when he addresses the nation about the pandemic, Muhyiddin tak melatah (doesn’t scold). He is cool," he said.

Abah Din, as Muhyiddin is nicknamed, is also the first choice for Prime Minister of a 39-year-old chicken wing seller in Pekan town.

"In the 100 days Abah Din was PM, he has shown that he can handle the country. He is a professional. But if Bersatu is not with Umno and PAS, then I want Bossku (Najib) as PM.

“Many Malays in Pekan do not think that Najib is bersalah (guilty) of corruption," he said.

As for Anwar and Mahathir, the Umno voter said that the PKR president could not be PM. "Anwar is terlampau galak (too excited) to be PM. Mahathir has been PM twice. That is enough," he said.

The next day, I was at Jengka, the biggest Felda settlement in the country. The state seat is in Kuala Krau parliamentary constituency, where about 89% of the voters are Malay.

While eating nasi lemak for breakfast at a warung (stall) in a Felda settlement in Jengka, I spoke to a 65-year-old makcik.

The first-generation Felda settler has voted for Umno all her life. But she wants Bersatu president Muhyiddin to continue as Prime Minister after GE15.

"Muhyiddin has given Bantuan Prihatin Nasional twice. We got RM1,000 and RM600. When Mahathir was PM, we only got RM50."

However, the makcik conceded that if Bersatu was not with Muafakat Nasional, she would not vote for Muhyiddin's party. In that case, her choice for PM would be Najib and her second choice would be Mat Hasan, as Umno deputy president Datuk Seri Mohamad Hasan is known as.

Later that afternoon, I was in Mentakab town, which is in the Temerloh parliamentary constituency. Temerloh is 66.5% Malay, 22.5% Chinese, 8% Indian and 3% others. Amanah won the seat because of the DAP voters in the Mentakab state seat and also because the Malay vote was split three ways between Umno, PAS and Pakatan Harapan.

A 44-year-old retired soldier declared that in GE15, the Malays would not be divided as Umno and PAS were in Muafakat Nasional.

"I don't want Najib to return as PM. Muhyiddin is OK as Prime Minister. (Umno president Datuk Seri Dr Ahmad Zahid Hamid) does not have the potential to be PM. He has corruption cases which are not settled. I like (PAS secretary-general Datuk) Takiyuddin (Hassan) and Terengganu Menteri Besar (Datuk Seri Dr Ahmad Samsuri Mokhtar of PAS) also," said the PAS supporter.

"I also like Mat Hasan. He has credibility. He got ideas on how to run the country as he is a technocrat. (Umno vice-president) Datuk Seri Ismail Sabri Yaakob is also OK to be PM," he said.

I met a 25-year-old engineering graduate working on a construction site. In GE14, as a first-time voter, he voted for PAS “at the last minute”.

"I like Muhyiddin as my Prime Minister. On television during his Covid-19 briefing he spoke to anak muda (youngsters) like an ayah (father)," he said.

"I want Abah Din to be our Prime Minister after GE15. If not him, I don't know who else can be PM. In GE15, I will vote for his party, Bersatu, even though it might not be with Muafakat Nasional," he said.

A 38-year-old housewife said she would not vote for Pakatan again as it did not fulfil its manifesto promises. Also,"When it was in government, DAP was not sensitive to the Malays' feelings," she said.

Talking to two dozen Malays from different age groups and income levels, I discovered that it would be impossible to defeat Muafakat Nasional in Pekan, Kuala Krau, Temerloh and Bera.

I also found that most of the Malay voters in these four parliamentary seats wanted Muhyiddin to be the PM after GE15. However, if Muhyiddin's Bersatu is not a part of Muafakat Nasional, many of them would vote for an Umno-PAS coalition.

A popular second choice for PM among the Malay voters I spoke to is Umno's Bossku and Mat Hasan.

Hamidin agreed that, combined under Muafakat Nasional, Umno and PAS would win the four seats hands down. He said most Malays in the Pahang heartland would vote for the coalition and not Muhyiddin's candidate if Bersatu is not with Muafakat Nasional.

"They might want Muhyiddin as PM, but they would be loyal to Muafakat Nasional," he said.

Mazlan observed that among the Malays, Muhyiddin is very popular, Najib and Mahathir moderately popular followed by Anwar, who is very popular among non-Malays, and Datuk Seri Shafie Apdal, who is not popular.

When Muhyiddin cooperated with Umno and PAS to form the Perikatan government, he indirectly became part of the Malay agenda, Mazlan said. The Prime Minister's populist policies, like giving out financial aid during the Covid-19 pandemic, have won him the support of the Malays, he said.

"The Malays are still in awe of his track record. But his current image is down in Pahang, as it is Najib's country. They see that during Tun's second premiership, Najib dizalimi (was oppressed). And Mahathir as Prime Minister under the Pakatan government was not popular as he was seen as kedekut (stingy)," he said.

"He is not popular among the Malays because of labelling. The narrative by Umno and PAS that Anwar is a liberal is successful. He is not a liberal, but the labelling has worked. And Anwar is constantly linked to be the eight PM, and now the ninth, by his supporters. People are jemu (tired) of it, ” he said.

"He is not seen by the Malays as a national leader. He is seen as a local leader as he is with Parti Warisan Sabah which is based in a state. Many do not know him. They know more about Mat Sabu," he said, referring to Amanah president Mohamad Sabu.

Mazlan pointed out that if Muhyiddin is not with Muafakat Nasional, Bersatu on its own would lose many seats.

"Based on Muhyiddin's popular personality, his party can win a few seats in Johor like Pagoh or Muar. But none in Pahang," he said.

The Muhyiddin paradox in Pahang’s Malay heartland is that a majority in the community want him to continue as Prime Minister. But if Bersatu is not with Muafakat Nasional, they would not support his party. 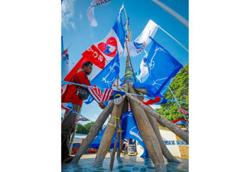 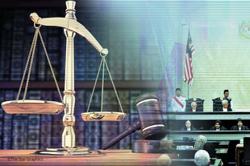