Wishing for a third force

ALL I want for Christmas is the third force.”

That seems to be on the wish list of some Malaysians.

Take, for example, Derek Eng, a 33-year-old entrepreneur. Every time we chat about politics, the PKR member will bring up the topic.

“We need a third force to drive the nation to the more centrist direction, away from extremism and fanaticism of religion and race, which consumes a lot of our precious time and energy as a nation,” he told me over coffee recently.

“We need a government, who for once thinks about the livelihood and aspiration of the people, which in turn nurtures the people to be extraordinary, and to put the real nation-building agenda on the table so that every citizen can harness their gifts and potential.”

He’s not alone. More and more Malaysians have expressed their desire for a credible third force.

After I wrote about Thanathorn Juangroongruangkit, the Thai billionaire politician who kickstarted a successful third force party, Toh Sin Wah tracked my contact number. He wanted to tell me about the third force movement he wanted to start.

Before GE14, he tried engaging NGOs, community leaders and opposition politicians to start such movement. But their response was lukewarm as they thought Pakatan Harapan was their only solution.

Now, he’s witnessing a change of mind, he said: “It’s an opportune time to capture the change now to have the third force up and running now, three years ahead of the general election.”

Toh has contested in Subang Jaya state seat as an independent in GE14 and Subang (formerly Kelana Jaya) parliamentary seat as an independent in GE13 and GE14. Based on the current political scenario, he observed that the public, especially the newly-turned supporters of Pakatan, were upset to be “unexpectedly treated to the rudest of shocks by the pale back-stabbing performances of PH in rolling forth the promises which had inspired everyone on the need to evict Barisan Nasional”.

“It’s to everyone’s horror what is unfolding as promises broken one after another,” said the 60-year-old businessman.

From the earlier nasty responses to his “move way from two-party system” postings on Facebook and meetings with the public before GE-14 and now, there has been a significant shift in the public’s mindset, he said.

But Toh perhaps has a long way to go in establishing a third force movement as he is not a marquee politician. The often mentioned (in one breath) names when people talk about politicians, they want to lead the movement are Permatang Pauh MP Nurul Izzah Anwar of PKR, Rembau MP Khairy Jamaluddin of Umno and former Pandan MP Rafizi Ramli of PKR. They see them as the Jacinda Ardern (New Zealand Prime Minister), Emmanuel Macron (France president) and Justin Trudeau (Canada Prime Minister) of Malaysia.

The other favourite is outspoken lawyer Siti Kassim. In August, she launched Malaysian Action for Justice and Unity Foundation (Maju) in a bid to unite the moderate, liberal and progressive voices in the country.There a demand for a third force, Eng agrees, especially among urban voters.

“Empty promises made during GE14 campaigns are treated with such pettiness by the winning coalition. The ministers give 1,001 excuses for not fulfilling their pledges. Given a choice, these voters are looking for progressive leaders who are reliable to create a more secure, robust and prosperous environment for the diverse citizen of Malaysia to fulfil their potentials,” he said.

I read with interest Emir Research’s “Rise of the Third Force Movement” report.

In a survey, which 1,992 respondents were asked if GE15 was held soon, which party would they choose, Pakatan got 41% support versus 38% for Muafakat Nasional (Umno and PAS). But based on the estimated margin of error of plus and minus 3%, Emir Research said the contest could only be described as neck-to-neck.

“However, what is interesting here is the substantial support of 17% obtained by Independent who could play the role of kingmaker. Could this also be a harbinger of the emergence of a third force movement when Independents who are fed-up with both PH and Muafakat Nasional decide to coalesce into a single movement?” it said.

I asked Emir Research president and CEO Datuk Rais Hussin Mohamed Ariff about the possibility of a third force in Malaysia.

“It’s too early to tell based on this poll as it is the first time we see this trend,” said the Parti Pribumi Bersatu Malaysia strategist.

“Be that as may, there seems to be a growing disenfranchised group within the urban and semi-urban areas... They are probably looking for an alternative to the current political offerings that are more centrist and less race or religion-based parties.

“Given the ever-changing political and social media landscape, there is a possibility a third force can emerge but they need to put forward their offerings clearly. More and more, especially in the urban and semi-urban setting, candidacy plays an important role.”

It is not a force as yet, he contended.“But it is an idea and a possible alternative that would be embraced by the civil society. Those people who have all this while been under BN and then now PH feel that a new alternative is necessary because of the failure of the existing parties,” he said.

But to support such an idea also had its risks, Abdul Latiff warned.

First, who would lead the party in question? Second, just having one or two credible people at the helm is not enough, he said.

“If others who join in don’t jive with the ideals of its founders, then people would not be attracted. Therefore, a third force may look attractive on paper but in reality, when it gets going who is in the team would also be scrutinised. It won’t be plain sailing.”

The political analyst also said we must realise the realities of Malaysian politics which is still quite deeply entrenched in ethnic politics.

“Hence the continued survival of ethno-religious parties like Umno and Pas and not just that these two parties after having come together pose a strong challenge to non-ethnic based politics which the PH and perhaps the new third force want to project,” he said.

“As far as the Malay electorate is concerned, the majority does not see an ‘alternative’ because even in GE14, the Malay belt held on to the Umno-PAS combine.”

Abdul Latiff doubts the third force can make an impact except for the urban, civil population. It, he said, would need time to build up.

“However, the younger generation may experiment with such a force. The young are not tied to any party, no allegiance to anyone. So, they may go for new forms of political involvement,” he said.

There’s a Christmas wish for a third force movement because Pakatan has dashed the hopes of the Ubah (change) voters. To paraphrase Wham! ‘s popular Christmas hit: “Last Christmas, I gave you my heart. But the very next day you gave it away. This GE15, to save me from tears, I’ll give it to someone special.”
Article type: metered
User Type: anonymous web
User Status:
Campaign ID: 18
Cxense type: free
User access status: 3 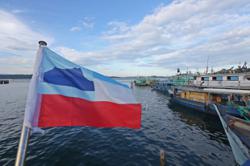 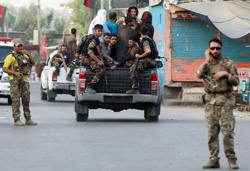 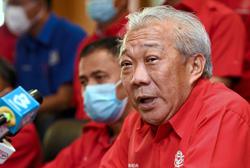