Old politicking in Baru vs Larry

Sarawak solidarity: No rebellion here as Baru speaks to PKR supporters greeting him at the Kuching International Airport yesterday.

Even before the dust fully settles on the fractious PKR party polls, a new leadership battle rises – in Sarawak.

IT was a festive show of support for Sarawak PKR chairman Baru Bian at the Kuching International Airport yesterday.

As instructed by a viral WhatsApp message, the Work Minister’s supporters mostly wore traditional attire “to reflect their ethnic background so that PKR central leadership could see that Baru had the support of all Sarawakians.”

“Together let us stand united as Sarawakians to signal our support for YB Baru Bian as our desired *CHAMPION AND CHIEF OF PKR SARAWAK*,” the message urged.

The festivity in the welcoming of Baru, who was flying in from Miri, underlies the fact that a Sarawak PKR rebellion is at play against its central leadership’s perceived interference over state party matter. At the heart of the matter is a faction in Sarawak PKR aligned to Baru which is suspicious that party president Datuk Seri Anwar Ibrahim will replace Baru as state chairman with Julau MP Larry Sng.

Baru has been Sarawak PKR chairman since 2009 while Larry joined the party after winning Julau as an independent in GE14.

The Baru vs Larry tussle to be Sarawak PKR chairman goes back to the fractious party polls that pitted Datuk Seri Mohamed Azmin Ali camp against Rafizi Ramli camp. Baru is with Team Azmin while Larry is with Team Rafizi.

With Team Azmin dominating the party elections, said Universiti Kebangsaan Malaysia Assoc Prof Dr Faisal S. Hazis, Anwar had to acknowledge Azmin’s popularity by not sidelining his faction. At the same time, noted Dr Faisal, who is an expert on Sarawak politics, Anwar needed to accommodate Rafizi, who has an equally strong following in PKR.

“In regards to Sarawak, Anwar should realise by now that taking Sng’s side in the campaign was a big mistake,” he said, referring to the Sng family – Larry and his father, Sng Chee Hua – who was linked to the Julau PKR division which saw its membership spike from about 600 to 13,000 in the recent party polls.

“They became a liability for Rafizi and Anwar’s camp. The Sng family is not popular among the opposition, especially PKR. So Anwar should not prolong the proxy war in Sarawak by banking on Sng.”

Chee Hua is a veteran Sarawak politicians who has a colourful past with Barisan Nasional component parties.

In the 1990s, at the height of Anwar’s power, he was close to the then Deputy Prime Minister and Deputy Umno president. He was also Anwar’s proxy to convince Parti Bersatu Sabah assemblymen to ditch their party, resulting in the fall of the PBS government in 1994.

His son, Larry, was the president of Sarawak Workers Party which was Barisan friendly, Before that, he was Pelagus assemblyman for Parti Rakyat Sarawak, a Barisan component party. Larry is also the only Sarawakian to be elected in the central leadership of the party. Baru did not contest for any central leadership post.

A Sarawak politics analyst, who did not want to be identified, said Anwar claimed to be impartial but he backed Rafizi against Azmin in the PKR deputy president contest. The contradiction was glaring, he said.

“Larry Sng is also aligned to Rafizi. But Larry has no reform credentials. He was a longtime favourite of Abdul Taib Mahmud,” he said, referring to the Sarawak Governor Tun Abdul Taib Mahmud, a former Sarawak Chief Minister.

“And since joining PKR, Larry has been throwing his weight around the party talking about reforms, which many PKR members find bizarre.”

In politics, according to the Sarawak politics analyst, public perception is more important than reality.

“And the perception in Sarawak is that Anwar favours both Sngs who did nothing for reformasi like how Baru and others struggled the past two decades,” he said.

“This perception has not gone down well in Sarawak. And this has meant that even Anwar has today lost credibility in Sarawak.”

The talk is Anwar doesn’t favour Baru to continue as Sarawak PKR chairman.

It escalated after the PKR president chastised Baru for not attending the three-day PKR National Congress last week.

“Baru Bian, I don’t know, he did not give a reason, that’s why I called out this behaviour in my speech,” Anwar told the media after the Congress ended on Sunday.

Baru denied claims that he boycotted the congress, saying he could not attend as he was on a working visit to Ipoh and Kuantan.

“How do you read Baru’s absent from PKR Congress?” I asked the Sarawak politics analyst.

“Baru is a serial absentee from even BiroPol (political bureau) meetings. Why make a fuss now? The party never disciplined him then. So, why now?” he said.

Dr Faisal opined that Anwar needed to play a bigger role in consolidating the party after the divisive party election. “His public rebuke of Baru in the party congress last week was uncalled for,” he said.

On Friday, according to a Bernama report, Anwar played down a reported conflict in the appointment of the new Sarawak PKR chairman, saying there was no such discord.

“Such a thing has not come up, only raised by the media,” he said, adding that it was normal for one or two to raise objections.

In a terse reply, Anwar asked why the media is only concerned about Sarawak.

“Why are you nosy? What’s the problem? Why are you not enquiring about the chairmen for Selangor, Penang or Perlis?” he asked.

There were previous attempts by PKR central leadership to replace Baru as Sarawak PKR chairman, said a political observer who has insight on Sarawak PKR.

“But it was not because he was from Azmin’s team but due to his lack of leadership and failure to penetrate Malay seats in Sarawak,” he said.

The political observer said the problem with Baru, who is Selangau MP and Ba’kelalan assemblyman, was he tend to wear a “preacher” hat.

When contacted, Larry said: “Honestly, I am not eyeing the position of state chairman.”

“As a new member of PKR, I am grateful to be given the opportunity to represent Sarawak in central leadership council post. Let someone else, who is more experienced, lead PKR into Sarawak polls 2020,” he said.

At the airport, Baru, who wore an orang Ulu headgear and a suit, received a hero’s welcome. He said the party constitution was clear that in Sarawak and Sabah, the president would appoint the state chief only after consultation with divisions heads.

The Sarawak PKR rebellion will end if its autonomy is respected. 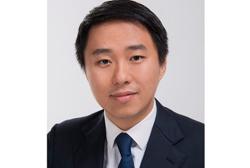