Socio-economic and political rules in Islam 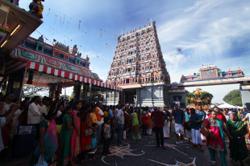 A set of rules and regulations that draws the line and serves as a common reference for man in governing his relations with others should be in place. Such rules and regulations can be found in the Quran. In fact, the Quran does not only prescribe directives for man on how to behave as an individual, but also as a member of society.

His existence within a group of people is based on mutual interests and the exchange of services. Honouring one’s word and adhering to mutually agreed upon commitment is the pathway to being trusted by others.

Scores of Quranic verses and prophetic traditions lay great emphasis on such virtues. In surah al-Ma’idah, verse 1, Allah Almighty pronounces to the effect: “...O you who believe! Fulfil the obligations.”

A comparable emphasis can be observed in surah al-Isra’, verse 34: “...and fulfil the promise; surely (every) promise shall be questioned about”.

Islam urges Muslims to respect their commitments and when bound with someone by an agreement, they must observe it with rigour. Every Muslim should think seriously before making any promise or entering into any contract because failure to fulfil any prior commitment made – whether it is a promise or a contractual agreement – will not only be considered as sinful according to Islam but also put at risk the interactions among individuals of the community.

In addition to contracts, the Quran also specifies the rules governing property rights. In Islam, all resources belong to Allah but He never puts any restraint on humans to share or take benefits from His resources.

In fact, all things in the universe are the common property of Adam’s progeny. Using his inborn potentialities, man is encouraged to combine the resources with his effort and creativity to develop the Earth.

This becomes the basis of private property rights in Islam. Such a right is protected against any violation – for example, theft, robbery or any unjustified enrichment such as riba, fraud, cheating or monopoly.

Islam has also placed certain moral restrictions on the right. Among others, the property must be acquired through lawful earnings and one is not free to waste it.

Since the notion of wealth in Islam is initially common to all, it must not remain concentrated in the hands of merely a few. Those who are less fortunate are guaranteed their rights through non-voluntary and voluntary mechanisms.

Zakat and sadaqah play an important role in the process of redistributive justice in society. Islam promotes the concept of brotherhood and cooperation among members of a community. Those with surplus give to the less fortunate.

The importance of the concept of cooperation is now widely recognised, especially in private organisations. The spirit enables the company to achieve economic efficiency and increase profitability.

Nevertheless, the spirit of cooperation can also be manipulated by business firms for unlawful objectives. In the present day context, such a violation is evident in the corporate world through oligopoly practices.

In addition to the spirit of cooperation, the Quran also says that man should conduct his affairs with others based on mutual consultation. This is stated in verse 159, surah Ali-Imraan and verse 38, surah al-Shura.

This principle has wide-ranging implications for the present-day economy. For example, the Govern-ment should consult people before making any major policy change. Similarly, this should be practised at the firm level where employers and employees should consult one another in various areas of management.

The ultimate syariah wisdom underpinning the aforementioned principles governing human relations is to uphold the concept of justice and establish a just society. Unlike the common understanding of the word, the meaning of justice or adalah in Islam is to place everything, be they actions or thoughts, where Allah has specified.

In surah al-Nahl, verse 90 Allah asserts to the effect: “Surely Allah enjoins the doing of justice and the doing of good (to others) and the giving to the kindred, and He forbids indecency and evil and rebellion; He admonishes you that you may be mindful.”

The reason for this emphasis is none other than to make man become a God-conscious person. In surah al-Ma’idah verse 8, Allah commands: “Be just, this is closest to being God-conscious.”

Therefore, justice should become the underlying basis of all activities of humanity. In the field of economics, the concept of justice will lead to achieving institutional economic structure prescribed by the Quran and the sunnah.

From the social aspect, justice will bring peace and harmony in human personal and interpersonal relations with others. In the political arena, a just leader is the one who always thinks of what is best for his subjects.

By giving his subjects their lawful rights and placing everything in its rightful place, he definitely is on the right path towards achieving the status baldah thoyyibah wa rabbun ghafur or a good land and a Forgiving Lord – as mentioned by the Quran in verse 25, surah as-Saba – for his nation.

Muhammad Hisyam Mohamad is Fellow at the Centre for Economics and Social Studies, Institute of Islamic Understanding Malaysia (IKIM). The views expressed here are entirely the writer’s own. 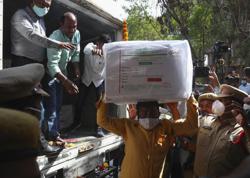 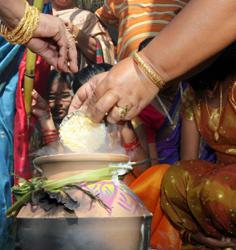