Ombudsmen have role in fighting crime 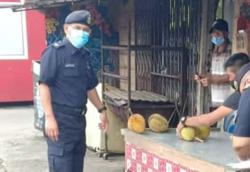 The Quran calls for a band of people to enjoin what is good and forbid what is wrong, a concept which can provide guidelines in the making of criminal law.

CRIME prevention refers to the process of containing, controlling, preventing and deterring acts deemed criminal. The process is riddled and rife with problems and to date, has yet to have an accurate or complete answer.

Crime is not just a local problem, but also a universal one. Countries in the world are always in search of, but have yet to be fully satisfied with, the mechanisms or strategies for crime prevention. As such, strategies in crime prevention are an important aspect to explore.

Mechanisms and strategies in crime prevention are constantly changing and require endless discussion. Such a situation arises because crime prevention is closely linked with situations and changes in society, be they in the social, economic or political context.

The complex conditions of society in many aspects, including the layout, cultural fabric, and demographic environment, as well as current developments in the world in terms of technology, have a strong influence on mechanisms and strategies for crime prevention.

It means that the process of multi-pronged and integrated strategies is implemented simultaneously.

In searching for the strategy, researchers have found that a strategy which incorporates religious elements – religiosity – is one of them. Various researches have been conducted on the role of religion, or strategies established by religion.

Such an approach is not only believed by the religious people, but it is also believed by sociologists and criminologists. Thus, certain religious philosophical doctrines may operate as a basis for comprehensive mechanisms and crime prevention strategies.

Islamic law upholds the objectives of protecting one’s religion, life, honour and dignity, lineage and property. These objectives are the basic needs of all people, at all levels, times and places, and transcend geographical boundaries and situations. In addition, the objectives have clear and real universal va­lues.

Thus, from the Islamic law perspective, in criminalising any act, it must be ascertained whether an act is offensive to any of the objectives of the law. In order to avoid overzealousness or straying in law-making, it is always a requirement that criminal law is based on sources of Islamic law or the rightful interpretation of the sources. Whatever innovation is in the creation of criminal law has a basis in the objectives of Islamic law.

Indeed, the Islamic law objectives make the law stable and focused, in making criminal law provisions as well as their enforcement.

The stability of the law and its enforcement, as a consequence, contribute to the well-being of human society that is infused with specific philosophy and regulations.

Although circumstances and times change, and people become more complex, crimes in turn are also committed in various forms and with various purposes. Hence, a stable objective and philosophy may provide solutions in crime prevention strategies.

Be that as it may, the fixed objectives do not mean that the concept has made the system less dynamic. Rather, the objectives are meant to be the higher objectives to form the ultimate guide in order to preserve the basic aspects of human life.

Dynamism may be seen from the fact that there may be innovations or improvement to human life, but the dynamic character should not pare down the basic needs of men.

Apart from being relevant as a criminal law legislation guideline, the higher objectives of the law are also relevant in providing guidelines in the enforcement process.

Another relevant formula in crime prevention strategy is a two-dimensional or two-fold concept, known as al-hisbah. The concept is particularly relevant in the enforcement process, although it may also provide guidelines in the making of criminal law.

Al-hisbah is close to the concept of ombudsmen in our contemporary practice. The two-dimensional or two-fold concept found in al-hisbah is “enjoining good and forbidding wrong”.

The principle is found in the Quran, which says, “Let there arise out of you a band of people (preaching) to good and enjoining what is right, and forbidding what is wrong (bad and shameful). And they are the ones who are successful” (Ali-Imran, 104).

The two-dimensional concept, enjoining good and forbidding wrong, operates in a vast space of human life. Thus, they are both comprehensive and holistic concepts in crime prevention.

Indeed, the combination of the two concepts – the higher objectives of the law and al-hisbah – may form a comprehensive and holistic approach in crime prevention strategy.

Assoc Prof Dr Shamrahayu A. Aziz is Principal Fellow at Ikim’s Centre for the Study of Syariah, Law and Politics. The views expressed here are entirely the writer’s own. 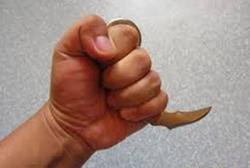