Be a leader of and for the people

A 13TH-CENTURY sufi, Jalal al-Din Rumi, has been described as the “most popular poet” and the “best selling poet” in the United States with a legion of global fans. His epitaph reads: “When we are dead, seek not our tomb in the earth, but find it in the hearts of men.”

The following story, however, is not about Rumi but rather his father, Baha al-Din, and his contemporary political leader.

When the ruler of Anatolia Sultan Ala al-Din had erected the fort of Konya (now in Turkey) he invited Baha al-Din to survey the walls and towers.

After his inspection, Baha al-Din remarked to the Sultan, “Against the floods and enemy horses, you have raised a goodly defence. But what protection have you built against those unseen arrows – the sighs and moans of the oppressed – which pass through a thousand walls and battlements, and sweep whole worlds to destruction? Go and erect a citadel of Justice and Equity, for that alone can ensure the peace of the world.”

A ruler or leader would act justly towards his followers and at the same time keep his staff, household and children on the path of justice.

However, according to al-Ghazzali in Nasihat al-Muluk, nobody can do this unless he first observes justice within himself, that is, by restraining his tyrannous passions and anger in order to bring them under the control of reason and religion (al-aql wa al-din). On the contrary, those who are under the sway of passion or anger will think up subterfuge and stratagems for bringing their passion or anger to fruition.

To borrow from al-Ghazzali’s metaphor: The sun of justice first rises in the leader’s breast. Then its light falls upon his family, then its beam spreads to his staff, and then its rays reach his subordinates. But to expect to find rays without the sun is to expect the impossible.

The ultimate aim of such a leader includes making this world a better place for mankind and doing good to every man. Islamic history is rich with traditions and anecdotes which contain sufficient counsel for people of power and holders of authority.

According to al-Ghazali, how effective those traditions are depends on the strength of their faith. If faith is firmly established in the heart of those people of power, then these traditions will be impactful and influential to their behaviour and conduct.

If those religious traditions are not effective, however, this will be because the heart is devoid of faith. Indeed, nothing remains of it except profession of faith with the tongue.

In reality, merely saying that one has faith is one thing, but true faith that is receptive to religious counsel on trust and leadership is another thing altogether.

On his administrative experience, al-Ghazali recorded in his work Kimiya al-Saadat, “I do not know what sort of faith really exists in the heart of a Finance Officer who holds the treasury in trust for the people but instead gives the moneys away only to some undeserving individuals. This action is an utmost limit of neglect of God’s commands and un-Muslim conduct.”

In contrast with the notion of socio-political leadership as trust is the notion that politics is “who gets what, when, and how”, with all forms of power play, manoeuvring and machinations.

Indeed, there is the Prophet Muhammad’s reminder that there are three signs of a munafiq (hypocrite): “When he speaks, he lies; when he promises, he breaks the promise; and when he is entrusted with something, he betrays that trust, even if he ritually observes canonical fasting, prayers, haj (pilgrimage), umrah (lesser pilgrimage), and asserts that he is a Muslim.”

Another Prophetic tradition on additional signs of hypocrites is, “When he gets financial opportunity, he acts unfaithfully in taking from the property; when he is commanded in religious matters, he disobeys; and when he encounters challenging situation, he becomes a coward.”

Betrayal of trust of leadership, abuse of public funds and having no concern for the welfare of the economically needy renders even one’s religious rituals and profession of faith hypocritical.

Having political power is an immense trust because if the power is conducted in a just way, it is the vice-regency of God on the earth (khilafatullah fi al-ard). Indeed, it is an objective of Islam to establish an ethical and a just social order.

Having considered all relevant religious texts, al-Ghazali concluded that “there is no act of religious worship greater to God than just governance.”

The Prophet Muhammad said: “One day of justice by a just ruler (or leader) is better than the continual worship of sixty years.” The Prophet declared that “the man most beloved and closest to God is the just leader, and that the man who is most hateful and contemptible in the sight of God is the unjust leader.”

But al-Ghazali warned that if the power is devoid of justice and compassion, it is the vice-regency of Satan (Iblis), reflecting that corruption will come from all sides as recorded in the Quran, al-Araf, 7: 16-17: “I shall surely lie in ambush for them all along Thy straight path, then I shall assault them from before them and from behind them, from their right and their left,” that is to say, from all directions and by all possible means. There is, indeed, no greater cause of corruption than the injustice of a leader. 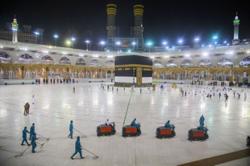 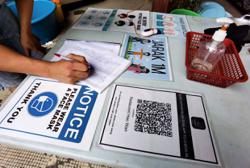