Keeping technology and society in check

THE incident at the Sri Maha Mariamman Temple last week shows how fragile the state of social stability in Malaysia is. And it highlighted in a stark way the power of social media, for better or worse.

In other countries, social media has been associated with riots and violence. It played a big role in riots in the United Kingdom in 2011, prompting David Cameron to ask whether it would be right to ban people using Facebook, Twitter and Blackberry messenger “when we know they are plotting violence and disorder”.

In India, mobs killed and attacked some people in May this year after social media messages warned that gangs were kidnapping children. Authorities later said there was no indication such gangs existed.

Social media and the Internet are the more visible part of the larger digital society and economy, in which automation, robotics, big data and artificial intelligence are growing rapidly in influence.

As with all technological revolutions, there are multiple issues.

On one hand, there are positive aspects, with advocates praising the Fourth Industrial Revolution for advances in economic productivity, communications, entertainment, healthcare, transport, personal convenience, and so on.

On the other hand are warnings of ill effects on culture and children’s intelligence, of mass unemployment, widening inequalities, and social and political instability.

The digital revolution is both Dr Jekyll and Mr Hyde.

Most mainstream reports now give a good spin to the business “disruption” caused by the digital revolution. This is ironic, as disruption is a term normally used to describe a negative incident or development.

Yet the “disruption” associated with digital-based firms is now being glamorised as something trendy, advanced, and successful.

While the new services provide new sources of profit and bring conveniences to customers, they also have adverse effects including dislocating existing businesses and jobs.

He warned of more upheavals ahead, such as automation causing an employment crisis.

The prime minister said governments can respond to the age of disruptions in four ways.

First, ensure technology is accessible and affordable to citizens, and does not widen inequality, and the key to that is education.

Second, the losers (displaced businesses and workers) must be taken care of.

Third is the need to build developing countries’ capacity to face disruption, through infrastructure and advanced technologies.

Mutual agreement must be found to benefit national governments, not just multinational corporations and advanced economies.

Dr Mahathir’s speech was perhaps the first time a leader from a developing country had conceptually laid out the need to consider the advantages and disadvantages of the digital age, and to take action in response.

Taking off from there, we need to set up a national agenda aimed at deriving benefits while avoiding threats and minimising costs arising from the digital revolution.

Developing countries like Malaysia should draw up a comprehensive plan to address the digital economy and society that takes advantage of benefits while avoiding or minimising the harm and costs.

First are the social, cultural and ethical aspects.

How to benefit from the easier access to information, while preventing people, especially children, from becoming “slaves” to the handphone?

How to ensure that the quest for knowledge and wisdom is not being replaced by instant gratification generated by the Internet?

Or to prevent direct human relations from being significantly re­­placed by our addiction and relation to the mobile phone?

How can the Internet be used to get information quickly but not to spread false news or generate hatred and violence?

Second is to ensure digitisation does not widen inequality, that the benefits are shared equitably and the interests of the “losers” are taken care of.

Major concerns are the impact on existing businesses and workers. Some studies expect up to half the workforce may become obsolete.

The advent of 3-D printing, which can significantly displace local companies and take the place of trade, should be looked at, as well as the impact of new technologies on agriculture, services and industry.

Third is to establish a national policy on the digital economy that enables the country to best take advantage of the digital revolution.

UNCTAD’s Trade and Develop­ment Report 2018 is a good reference for such a national policy.

Fourth is to cooperate with other countries to set up global or regional governance frameworks that are mutually beneficial.

For a start, developing countries should avoid clauses in trade agreements that prevent or restrict their ability to have a suitable national digital policy.

Such clauses, such as the prohibition of data localisation and revelation of source codes, are proposed by developed countries mainly to benefit their big technology companies.

Global cooperation is needed to provide affordable access to technology and tackle the adverse effects of disruption and the risk of dangerous technologies such as new weapons.

Indeed, a new global agreement on the digital economy and society is needed. But that will take years to take shape, if at all. We should start with a national policy.

Technology can be a monster like Hyde if the companies and scientists that create and operate it are given total freedom.

But it can be a good friend like Jekyll if it is well regulated by carefully thought-out policy and plans.

Policy is thus the key, so that humans decide how to use technology rather than allow unregulated technology to control our lives. 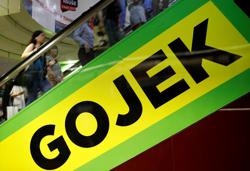