#BreakTheBias: When women are given opportunities, the world benefits

Despite this, many of us have never heard their names. Most are unaware that the Covid-19 vaccines that have saved billions of lives were created by women.

One can only imagine how these remarkable women battled stereotypes as they rose to prominence and excellence in their fields. We also know that when women are given the opportunities they deserve, the world benefits.

The Covid-19 pandemic has brought attention to the conveniently overlooked fact that women make up the majority of nursing and care staff, health workers and volunteers in Malaysia.

They are largely responsible for domestic work, childcare, and home-based schooling, all of which are critical to the country's growth and economy.

Despite the fact that many people are aware of this, the public still views caregiving, nursing, domestic work, and childcare as trivial and "unprofitable" jobs.

If International Women's Day means anything to us, it should contribute to our recognition of the women on the frontlines and at home who have kept this country going during the pandemic. Praise is meaningless unless it is accompanied by structural change.

Domestic labour is still labour, and labour is being exploited. The continued lack of recognition for such work, as evidenced by the rise in domestic violence during the pandemic, employers' refusal to allow female employees to work from home, and the pitiful pay offered to health workers and nurses – all of this stands in stark contrast to our declaration of support for women.

It stands in stark contrast to the corporate emptiness of "women empowerment marketing", which reduces International Women's Day to a glitzy one-day event akin to Valentine's Day or Mother's Day.

There are numerous opportunities for Malaysian brands and businesses to participate in International Women's Day, but they must demonstrate a long-term, sincere commitment to good change.

The campaign theme for International Women's Day 2022 is #BreakTheBias. Whether deliberate or unconscious, bias makes it difficult for women to move ahead. Knowing that bias exists isn't enough. Action is needed to level the playing field.

Today, in commemoration of International Women's Day on March 8, I would like to dedicate this message to all women – to our doctors and nurses who have risked their lives to keep us safe; to those in the police force and other law enforcement agencies who were on the ground during one of the most difficult times our country has ever seen; to teachers who laboriously taught our children; to all mothers who stayed home to care for their children while working from home; to women who left their jobs to return to their parents' homes to care for them during the pandemic; to women who lost their jobs, women who refused to settle for unfairness, workplace-bullying, discrimination and dubious dealings at work.

For our female judges in the upper echelons of the judiciary who have remained steadfast in their commitment to the protection of children's rights, we are so proud of you.

Today, we must once again appeal to the public to put an end to physical, mental, and emotional abuse against women in our society. The freedom to live free of fear and violence is a fundamental human right. In addition, we must ensure that all women have proper protection.

We demand equal compensation for equal work as well as transparency. Equal work should be rewarded with equal remuneration. Transparency is also required in the pursuit of fair compensation.

Women have a right to know whether or not their employers are treating them fairly. And in the event that this is not the case, they must be able to fight back and obtain what they are entitled to.

We advocate for an increase in the number of women serving in Parliament, as well as strong institutional reforms to achieve this goal. Not just empty promises, either.

We all know that having more women in parliament leads to higher levels of spending in education, healthcare, and child protection programmes. 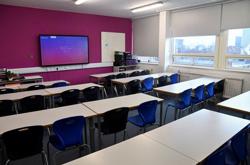 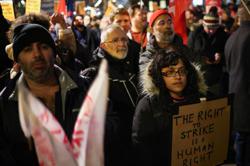