A piece of history: The two giant Lanterns of longevity put up in front of Qianqing Gong. They were lit throughout Chinese New Year celebrations in the ancient days.

THE popularity of Beijing’s famed Forbidden City has soared to new heights, thanks to two magnificent events held there as part of the Chinese New Year celebrations.

Originally the home of emperors and their courts, the 599-year-old palace has witnessed the rise and fall of more than 30 rulers from the Ming and Qing dynasties.

Protected by a 10m-tall city wall and a 52m-wide moat, the palace complex was once off-limits to most commoners. But it is now open to the public as the Palace Museum, or better known as Beijing Gugong, its Chinese name.

This year, for the first time in history, this World Heritage Site opened its doors to visitors after sunset.

The night tour, organised in conjunction with Chap Goh Meh – the 15th day of the lunar calendar, which is the end of the new year celebrations – saw the former palace illuminated by a colourful array of lights. Tickets to the light show were snapped up within minutes. The museum’s website crashed and scalpers were offering tickets for up to 9,999 yuan (RM6,100) each.

Also for the first time, Gugong has put together an exhibition titled “Celebrating the Spring Festival in the Forbidden City”, which gives visitors a glimpse into how the imperial families celebrated the new year.

(What the rest of the world calls Chinese New Year is known in China as the Spring Festival.)

I was lucky enough to be among dozens of foreign journalists who travelled back in time last Monday to experience the glory of the royal new year celebrations, courtesy of the Information Department of the Chinese Foreign Affairs Ministry.

The Forbidden City came alive, welcoming visitors with its warmest festive greetings. Major buildings and halls of the museum were decorated with red couplets, lanterns, new year paintings and images of the Door Gods to ward off evil spirits.

Unlike the other new year paraphernalia, images of the Door Gods, which were drawn on paper, would not be thrown out after the celebrations, said a museum narrator.

“They will be kept properly for reuse the following years,” he said.

It is commonly believed that this practice is observed out of respect for the deities.

The life of a good emperor was not easy. Visitors walking down a path decorated with red lanterns.

Emperor Yongzheng of the Qing Dynasty, for example, started work as early as 5am, meeting officials after officials to discuss war strategies and affairs of the country. He usually called it a day late at night after reading reports sent from all over China.

But these rulers did take time off from work, just like you and me, and Chinese New Year was one such occasion.

The number of off-days vary from one emperor to another.

On the first day of Chinese New Year, it was a tradition for the Qing emperors to write the character “fu” (which means blessing, happiness or good luck) on red paper to usher in a good year.

Those who visit the Spring Festival exhibition will get a chance to see samples of this Chinese calligraphic character written by five emperors, namely Daoguang, Qianlong, Kangxi, Yongzheng and Jiaqing.

“These have never been publicly displayed,” said another museum curator.

Gugong served as China’s imperial palace from 1420 until 1911. It houses some 1.8 million artefacts.

To prepare for the exhibition, the museum went on a treasure hunt, going from storeroom to storeroom to shortlist hundreds of cultural relics related to the festival.

The museum also recreated the scene of the imperial reunion dinner.

Two giant lanterns of longevity are put up in front of Qianqing Gong, which is the emperor’s residence and office. The lanterns were lit throughout the Spring Festival in the ancient days.

The exhibition runs until April 7.

Gugong, which means former palace, received 17 million people last year, making it the world’s most visited museum. It is touted as the biggest and best preserved ancient architectural complex in the world.

Some visitors may not notice the hidden Bingjiao restaurant located near the Cining Gong in the west wing of the museum. The underground space served as ice storage rooms and “giant refrigerators” for the royal family from the fifth month to the seventh month of the lunar calendar.

It offers palace food such as Peking duck and royal desserts as well as modern dishes.

There are also two newly opened Gugong-themed eateries outside the Forbidden City compound.

Located outside the exit (North Gate), the Corner Tower Cafe offers some 30 types of beverages and an assortment of snacks and desserts, priced between 22 yuan (RM13.50) and 45 yuan (RM27.50).

The Corner Tower Restaurant serves the emperor-themed steamboat for dinner. On average, this costs about 150 yuan (RM92) per person. 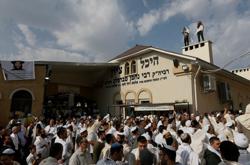 No New Year pilgrimage to Ukraine for Israeli Jews this year 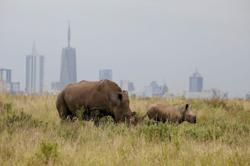 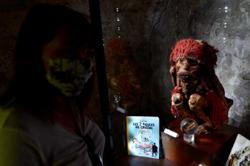