Tasting the power of true democracy 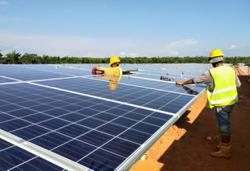 IT is 4pm on May 10 as I write this. I have turned off my phone as it has been incessantly buzzing for the past 24 hours. Moments ago, different groups of friends were calling with invitations to watch the swearing-in of the new Prime Minister. It feels as if there is a strong desire to gather, to celebrate.

Yet, as much as I never shy away from a party, today I feel a need for solitude, and oddly enough for a shallow person, a moment of reflection.

For the past few months, I have said time and again I did not think Pakatan Harapan could win. Or to be more accurate, I saw no way Barisan Nasional could lose.

The odds were simply too stacked in its favour although I was certain Pakatan would win the popular vote.

Indeed, the recent redrawing of electoral boundaries would have made it impossible for Pakatan to win a sufficient number of seats to form a government.

That rural and semi-urban voters cannot be sufficiently moved by large national issues to abandon their comfort zones; that is to say, a party promising continuity and racially based protection.

And the perception that voters in Sabah and Sarawak are only concerned about their own state politics and will thus make choices based purely on those considerations.

Even as May 9 wound down and the results started coming in, I still held fast to my convictions. It was close, true, but then so was the last general election. Wait and see, I kept saying to myself and to anyone who asked if there was a change in the offing. Perhaps I did not want to allow myself to hope.

It is no secret that I believe in a change of government. It is dangerous for one group to be in power for too long.

Peaceful transitions ensure greater accountability and this is the only way to bring forth positive changes in legislation and governance.

Sure, there are risks, but it is better to risk voting in a poor government than to never experience change at all; for those who have held the reins for so very long are loath to change the status quo.

But perhaps more importantly, I felt change was necessary because of my unshakeable belief in true democracy. And in the right of us, the people, to determine our own futures, our own fates. And we Malaysians have never really done this.

We have never tasted the power that a democracy is meant to give us. To hold in our hands the fate of our nation by selecting one group of potential leaders over another.

And the night wore on. Hour after hour, I sat in front of my television watching the results roll in.

The mobile phone was hot in my hand as websites continuously updated the latest counts. It was all unofficial of course. The Election Commission was ponderous in issuing its final declaration of the winners.

And those unofficial results were shocking. The first 100 seats or so were neck and neck, but then one side started to pull away – further and further, until it became clear that something extraordinary was going to happen.

Finally the EC relented. It started releasing official figures and these did not contradict what had come before.

I turned to my son beside me and said to him I couldn’t believe what was happening. He must have sensed something in my voice because as I reached out to him, he held my hand as if to comfort me.

I hugged him as we were the only two awake in the house and then he smiled and said he was going to bed. Alone, I looked out onto the balcony.

How many years have I wanted this, been fighting for this? I should be outside screaming my elation. But instead I just felt numb. The moment felt more than extraordinary, it felt strange, alien.

Moving into a mode I am used to, I turned the channel to watch Tottenham Hotspur play badly. Eventually, still unsure of my feelings, I too went to bed.

This morning, after a mere three hours’ sleep, I woke up. And like so many of us blessed and cursed by smartphones, I reached for my device to check my messages.

There was one from an older colleague. There were no words, just a video. I touched the screen and the first few notes of my national anthem started to play.

I couldn’t help myself. The tears rolled down my face and I cried like a newborn baby... which in a way, I suppose I was. 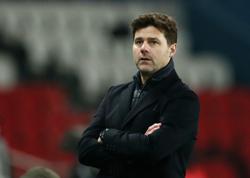