Operation Lalang and the ISA

TUN Dr Mahathir Mohamad gave an interview to an online news portal a few days ago about Operation Lalang in 1987.

I found the interview to be infuriating and here is why.

Firstly, he tried to absolve himself from any blame by saying the detention was done by the police and on police advice. Gosh, I had no idea he was such a malleable prime minister.

Let me explain how the Internal Security Act (ISA), which was repealed in 2012, worked. When they detained a person initially, it was done at the discretion of the police.

This was when you got a bunch of cops, normally heavily armed, arresting you, usually in the middle of the night.

This longer detention was done at the discretion of the Home Affairs Minister, who was Dr Mahathir at that time.

Nowhere in the law did it say he must obey the advice of the police. The discretion was his and he must take the responsibility of locking people up without trial and putting families into a terrible state of affairs.

Anything else is cowardly.

Then he went on to make light of the detentions, saying that most were released quickly. Yes, sure. This is true, if you were a Barisan Nasional member who was detained.

If you were an opposition member, then you were detained for close to two years.

This may seem like nothing to some but let me say this: when you are detained without trial and the length of your detention is uncertain, as it is totally within the discretion of some minister, this is no small matter.

Can you imagine how distraught a person would be, not knowing when they would be released and being helpless and unable to care for their loved ones?

What about the spouses and the children who don’t know when they will see their father or mother free again? And for what? Com­mitting a crime?

No, because some people accused them of being a threat to national security, with not one ounce of evidence proffered before an impartial court.

The ISA was an unjust law used in an unjust manner. But oh, apparently the ex-PM thought so too and he tried to get rid of it.

But the cops wouldn’t let him. My God, how disingenuous can you get?

You had the power, not the police, and you had 22 years to do something about it.

He went on to say that he had vilified some people to win elections.

Did he also lock people up without trial to win elections?

After all, those who were locked up longest were primarily his direct political opponents.

There will be those who will tell me to shut up. These are the pragmatists, who would rather the past be forgotten so that there can be victory today.

Yeah well, I can’t stop them from acting and behaving as they wish. We are living in an age of pragmatism winning over principle, after all.

And I know with certainty that the ex-PM will never apologise. It is not in his character to admit ever being wrong.

But for goodness sake, don’t insult us with the garbage that he has been spouting.

It presumes we are stupid, and it is an unforgivable insult to the detainees and their families who suffered so much. 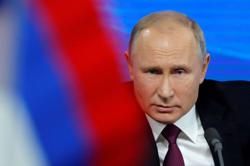 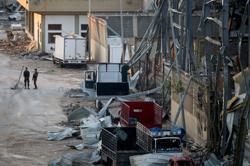