Did Tengku Zafrul really score an ‘own goal’?

DATUK Seri Tengku Zafrul Abdul Aziz has sort of tiptoed his way through the political landmines of Putrajaya since he was appointed Finance Minister.

But the handsome former banker finally ventured into the political arena when he alleged in the Dewan Rakyat this week that his predecessor had approved a total of 101 projects worth RM6.6bil via direct negotiations 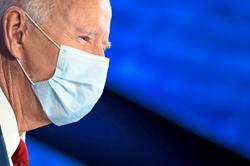 ‘Bidenomics’ will be a net plus for Asia