‘Fist of fury’ over Chinese do 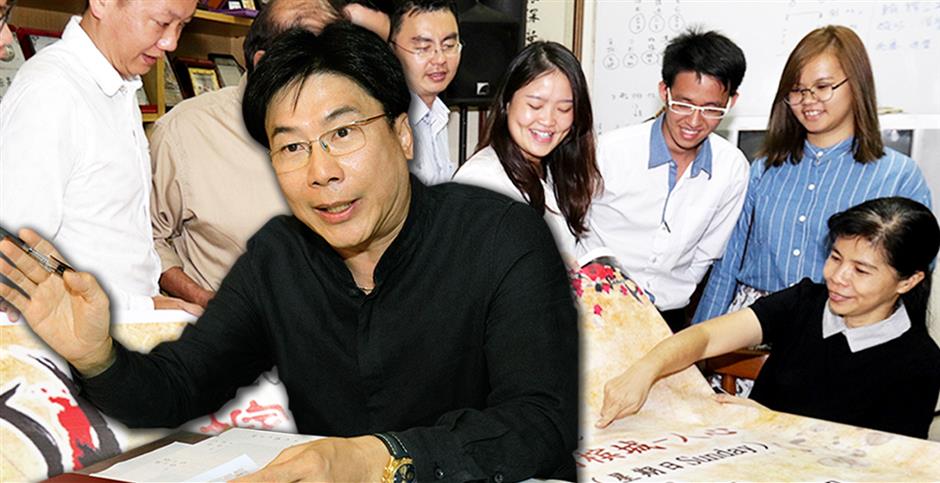 Real drama: The dispute over the miao hui celebration has pitched Kwoh (far right) against the Penang All Clans Association that she works for and which is headed by Dr Chang (foreground).

The Penang All Clans Association (PCCA) president has hogged the headlines the last one year, sometimes for days in a row.

He has also drawn quite a bit of female attention. His friends joke that it is because he looks like a Hong Kong movie star and some of them like to tease him, saying he is the Lee Xiaolong or Bruce Lee of Penang.

It is not so much the good looks but the fact that Dr Chang, a wealthy businessman, has dared to take on the most powerful man in Penang, that is, Chief Minister Lim Guan Eng.

It has stunned many Penangites because no Chinese cultural group has clashed with DAP leaders in such a spectacular fashion since the 2008 general election.

The thing is that Dr Chang is not your run-of-the-mill community figure – he is intelligent, daring and is extremely wealthy to boot.

Dr Chang has been engaged in a war of words with the Penang government for the greater part of last year, with every blow exchanged reported in great detail by the local Chinese vernacular media.

But unlike the real Bruce Lee, this one has been unable to deliver the knock-out kick.

There are actually valid reasons why the state is unable to transfer the property title but the issue has become so political that the real reasons do not matter anymore.

The bad blood has since spilled over to a Chinese New Year event that PCCA has hosted since 1998. Known in Chinese as miao hui (temple festival), the street event is a huge draw among tourists and locals.

Every year, several streets in George Town’s heritage zone are closed off and turned into a showcase of Chinese arts, culture, food, street performances and music during the Chinese New Year period. 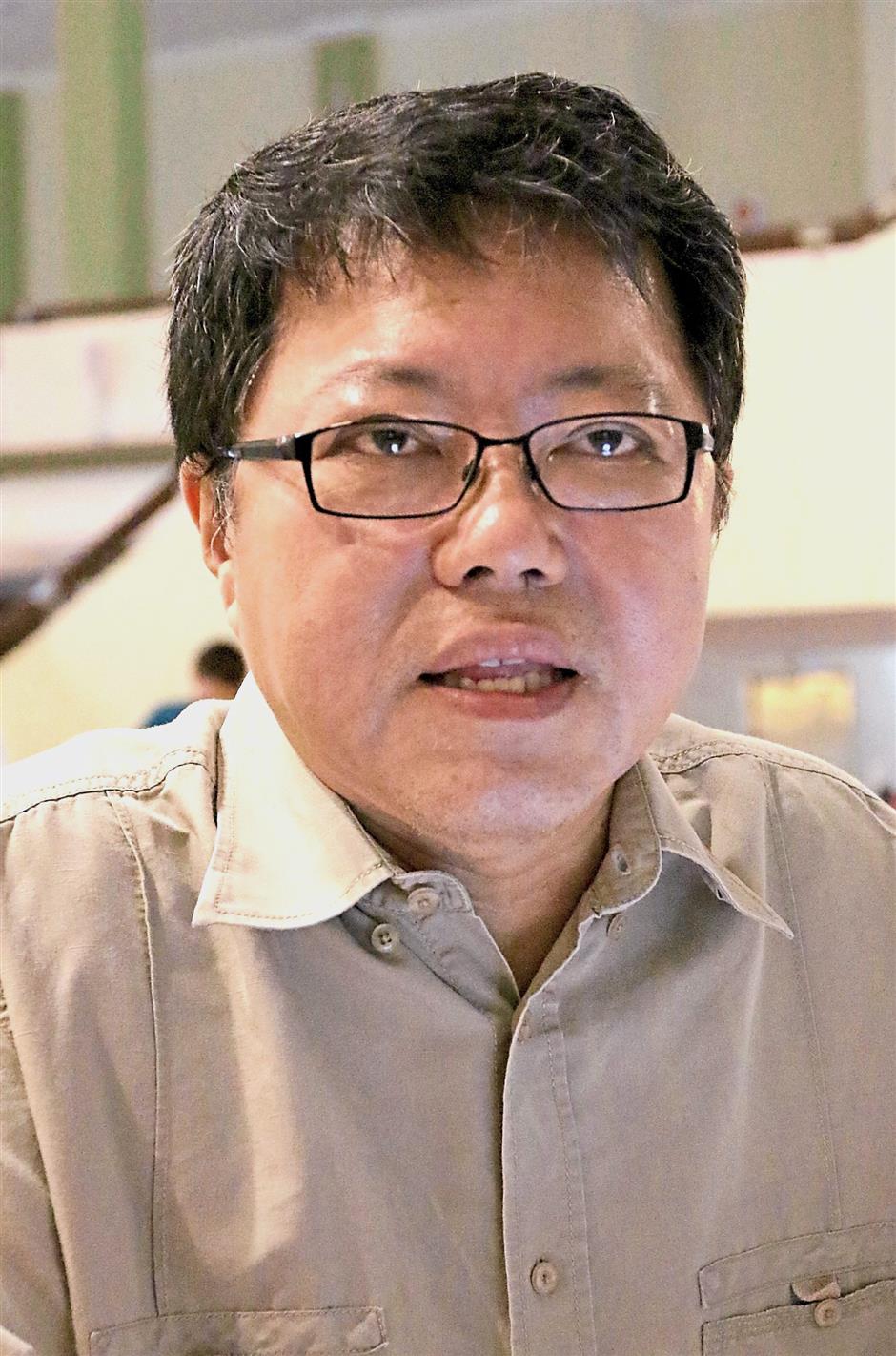 Ooi: No need to respond to a challenge from a nonentity.

The miao hui is the high point of PCCA’s cultural calendar and a source of pride for all the clans that come under the umbrella of PCCA.

But it is a state-sponsored event with a budget of more than RM700,000. As a result of the strained relations with the state authorities, PCCA failed to get the usual state sponsorship.

It was given the cold shoulder despite several approaches to the state government. No funds, no goodwill – PCCA was up against the wall.

Several weeks ago, PCCA announced that it would not be able to organise the miao hui this year. A popular public event had been put into jeopardy as a result of ill-feelings arising from 50 Love Lane.

Then, in a curious turn of events, PCCA executive secretary Kwoh Shoo Chen broke rank with her bosses and announced that she would organise the miao hui on an individual basis.

It was like a Chinese drama, with plots and sub-plots and accusations flying back and forth.

Kwoh has been portrayed by some as a “heroine” who saved the day while others see her as a “back-stabber” who hijacked the event.

The “heroine” has so far managed to enlist dozens of volunteers and the participation of performers, hawkers and cultural groups.

Moreover, the Khoo and Yeap Clan Associations, the two biggest clan houses in Penang, have agreed to take part.

It is no secret that DAP leaders have been trying to take down PCCA and the latest development was seen as the DAP side teaching PCCA a lesson. It was a devastating setback for Dr Chang.

One of the most intriguing Chinese conflicts in recent history had become more complicated and entrenched. 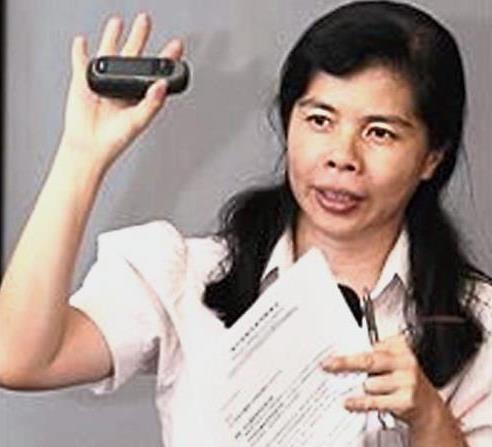 Kwoh: Seen as a heroine by some and backstabber by others.

However, Jelutong MP Jeff Ooi, who has been both vocal and critical of the antics of PCCA, insisted that the state government has no hand in the miao hui that is being handled by Kwoh.

“No monetary funding, nothing. If they ask, we’ll assist in traffic management and the closure of roads. That is their right as ratepayers,” said Ooi.

The clan houses are not the power houses they used to be but they represent an important part of Chinese culture and history.

Ordinary Chinese out there do not like the way the state DAP leaders are treating PCCA. They see through the unfairness and high-handedness and they think it is an overkill.

At the same time, there is a Chinese saying, ming pu yu guan dou, which means ordinary citizens tend to avoid conflict with those in power.

“The thing you have to understand about the average Chinese is that they don’t like the idea of open confrontation with the powers-that-be, you have more to lose than to gain from doing that,” said an adviser to a Chinese guild in Penang.

The state government has the powers of incumbency, it has the instruments of state at its disposal. In layman terms, their knives are longer and sharper than yours.

Besides, said a retired Penang politician, the current Chief Minister is not like his over-cautious predecessor Tan Sri Dr Koh Tsu Koon who would look left, right, front and back, before he acted.

“This government, if they want to go for you, they will do it. They have a big mandate and they can do what they like,” said the same politician.

Dr Chang had also issued a few ultimatums to the Chief Minister, demanding that Lim give him an answer to whether the state was supporting the miao hui festival and then challenging him to a public debate.

“Ultimatums are not the way. He is riding high, you think he will kowtow to you?” said the above politician.

In fact, Ooi had issued a statement saying that “it is not worth the trouble responding to a nonentity”.

So how is Dr Chang taking the setback?

“I feel so heartsick when I think of 50 Love Lane, I have never been so angry in my life,” he said.

He said that PCCA decided not to organise the miao hui festival this year because “if we do it, we will be quarrelling with the state government until Chinese New Year”.

But, far from admitting defeat, he has retaliated with his own “fist of fury”, to borrow from the title of a Bruce Lee movie.

On a rainy evening last week, Dr Chang was invited to speak at a big dinner gathering of more than 100 tables.

The dinner was to mark the successful registration of a Chinese group known as the Eng Shou Tong Ancestral Hall Association whose members claim to have links to the now defunct Ghee Hin secret society. They were not exaggerating.

A number of the dinner guests spotted tattoos and one of them even had tattoos up to his neck. They refer to each other as hiah tee, the Hokkien term for blood brothers and the association’s chairman wore a don’t-mess-with-me look and a bulky beanie pouch around his waist. It was certainly not a genteel type of dinner crowd.

By having Dr Chang as their VIP guest, the association was signalling that it supports PCCA’s campaign to take ownership of 50 Love Lane which is a Ghee Hin ancestral property.

Dr Chang dressed the part in a black Maoist suit that evening. He delivered a few kungfu blows to the state government and let loose a few choice terms for several of the Penang DAP politicians.

He also said he had challenged the DAP leaders to a debate on 50 Love Lane and the miao hui issue but there was no response.

He recalled that Penang people used to call the former Chief Minister boh hoot liulian (seedless durian) because he did not have the guts to stand up to Umno.

“They (the DAP leaders) did not dare accept my challenge, it shows they are also boh hoot. All the things they ask me, I can answer but I am sure they cannot answer the things I ask them,” he said.

He then asked the brotherhood to stand united behind him on the 50 Love Lane issue because the property is part of the Ghee Hin history.

“It belongs to our ancestors and our brothers, we cannot allow it to be taken by others. We must take it back,” he said and that was the point when the hall exploded into deafening applause and shouts of support.

A line in the sand had been drawn.

During the last general election, Dr Chang and his PCCA members had openly campaigned for DAP. But the love is gone and he told the dinner gathering: “In politics, there are good and bad people. The former Penang government let the people down but they are now trying to change. Why don’t we give them a chance?”

DAP leaders are aware of the simmering opinions out there on the conflict. But they are confident of the Chinese support and they say they will leave it to the people to decide. Meanwhile, the gossip among the Penang Chinese press is that Dr Chang is also planning to take the issue to the people. He is said to be thinking of contesting the next general election.

It will be a fight to end, if that happens. Incidentally, Bruce Lee’s last movie was The Game of Death.