Fighting one too many fires

Firestorm: Dr Mahathir is not the sort to kowtow to anyone and his latest act of defiance saw Selangor Umno demonstrating in defence of the Sultan of Selangor.

IT was quite an awkward moment when their paths crossed after Friday prayers at the Putrajaya mosque earlier this month.

But Datuk Seri Dr Ahmad Zahid Hamidi made the first move towards the man whom he had called “Mahathir a/l Iskandar Kutty” and reached out to shake the elder man’s hand.

The Deputy Prime Minister is famous for his PR and he even wrapped an arm around Tun Dr Mahathir Mohamad’s shoulder as though they were BFFs.

Both men knew that everyone was watching and recording the encounter on their mobile devices, otherwise the former premier would have been tempted to give Dr Ahmad Zahid the cold shoulder.

Malaysian politics has more actors than Hollywood and some of them are worthy of an Oscar.

Dr Ahmad Zahid looked as though he was thrilled at the chance meeting but Dr Mahathir’s body language was something else. The elder man was smiling away but he avoided eye contact with his name-caller and he looked like he could not wait to escape.

In hindsight, that was the moment before the storm for Dr Mahathir. A few days later, a hot potato landed on the lap of the Pakatan Harapan chairman.

The Sultan of Selangor’s criticism of Dr Mahathir during an interview had drawn an injudicious reaction from lawyer and DAP politician Datuk Zaid Ibrahim and there was a chain political eruptions after that. 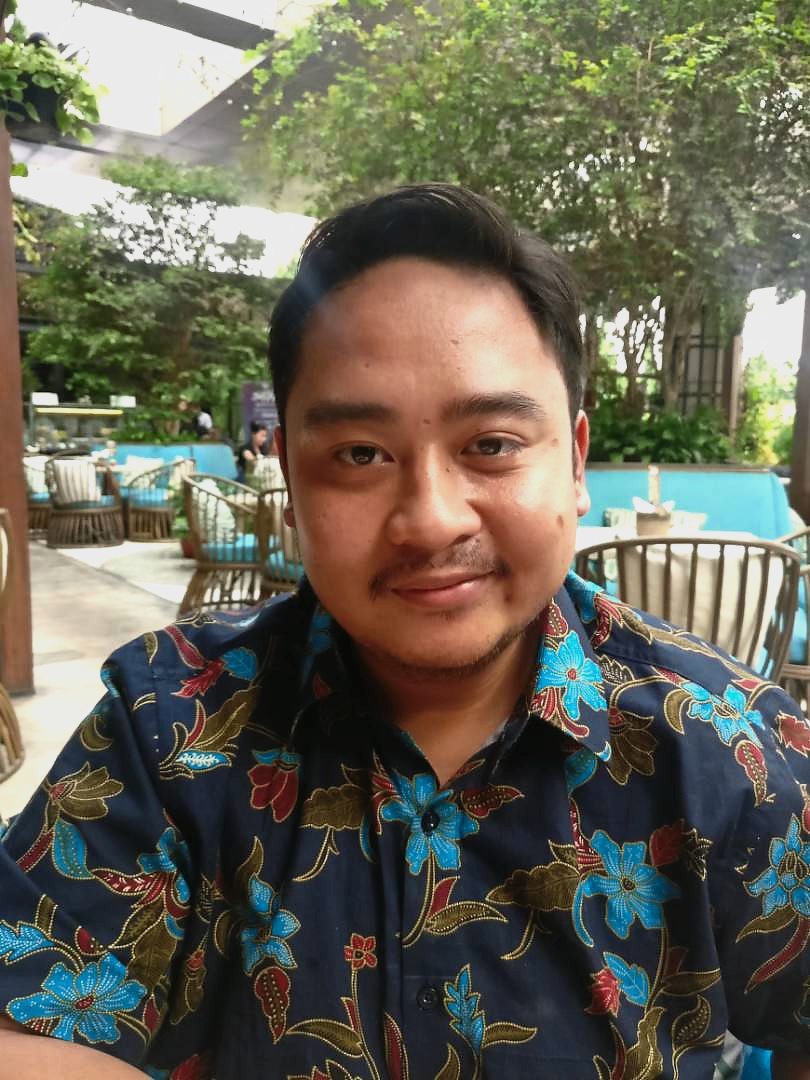 Amir: Reacting in gesture than words.

Threats have been levelled at Zaid, police reports have been lodged, there have been demonstrations in support of the Sultan and to cap it all, Dr Mahathir has returned the titles awarded to him by the Selangor palace.

The first title was conferred in 1978 when he was on the way up and the second, the highest award known as the Darjah Kerabat or DK, was in 2003 as he was about to ride into the sunset. The years in between were not the best of years between him and the Malay Rulers.

Actually, a number of royal houses also awarded him the DK for his services to the nation - even the Kelantan palace which had an acrimonious relationship with him.

The joke among the sophisticated cafe society was that the royals were relieved to see the man who had clipped their wings ride off into the sunset and they wanted to give him a good send-off. Like the rest of us, the royals did not imagine that Dr Mahathir, 92, would turn his horse around and make a spectacular return to mainstream politics.

Returning the Selangor royal awards has been condemned by the pro-royalists as derhaka or treachery.

Once upon a time, such an act would have spelt the death knell for a Malay politician but times have changed and the opinion out there has been quite mixed. In fact, Malays seem more worked up about President Donald Trump declaring Jerusalem as the capital of Israel.

Dr Mahathir is still adapting to life in the Opposition but the Selangor issue has shown that nothing beats experience when it comes to sensitive issues. He slipped up with his “Bugis pirate” speech, he did not expect it to hit the royal nerves in Selangor and Johor.

But, in what was seen as a shrewd move, he quietly returned the medals and only responded when the media got wind of it. Even then, he played it coy, falling back on satire and irony to make his point.

Then he and Tun Dr Siti Hasmah Mohd Ali went off on a date night to watch the latest Star Wars movie. He was telling everyone: No problem, I’m cool about it.

“Tuanku’s rebuke was not surprising given the increased frequency and intensity of royal households conveying their views directly to the press. But returning the awards and stressing he is undeserving of them was political theatrics. He could have just apologised but he wanted to make a point by reacting in gesture rather than engage in a war of words,” said political risk analyst Amir Fareed Rahim.

The Opposition crowd liked the bravado and a DAP politician from Sarawak posted on Facebook: “My gosh, I love his level of sarcasm. Seriously, he is a maverick politician and I like it! Don’t play-play with this smart old man.”

The subtext to it is that they approved of the way he is taking on the royals.

Dr Mahathir has always come across as this larger than life kind personality who thrives on chaos and is always picking fights, be it with countries like America and Singapore or, closer to home, with his deputies and successors.

Yet, in person, he is soft-spoken, gentlemanly and talks sense unlike when he is on the ceramah stage making outlandish claims about his adversaries.

Politicians talk a lot of rubbish on the ceramah stage and get away with it. But when it comes to Dr Mahathir, everything he says is taken in a different context and that can become problematic.

But make no mistake, beneath that charismatic smile and sharp wit is a steel-willed man, for whom it has always been my way or the highway. He is determined not to kowtow to the palace.

Umno has capitalised on the issue. Selangor Umno held a big demonstration to defend Sultan Sharafuddin Idris Shah and to oppose Zaid. Two days later, an Umno delegation handed over a declaration of support for the Sultan at the palace gates.

“Mahathir is used to winning, right from the time when he was small fry fighting Tunku Abdul Rahman. But God is testing him in his old age,” said Kapar Umno division chief Datuk Faizal Abdullah who took part in the protest.

Dr Mahathir’s partners in DAP have been watching the whole saga with some unease. DAP is still struggling to shake off the perception that it is anti-Malay and anti-Islam. It is a case of damned if they speak and damned if they don’t.

“We have to handle it delicately. Mahathir is on the wane, the palace is on the rise,” said a Pakatan politician.

DAP leaders are unable to openly empathise with Zaid, let alone defend him. However, Lim Kit Siang and two other party leaders dropped by at Zaid’s Tropicana Golf & Country Resort home after he lamented that he was not getting support from his friends. Zaid: Target of protest by pro-royalists.

Zaid is not in a good place at the moment, his political career is in question. The Sultan asked him to return to Kelantan and the Selangor Umno protesters asked him to “berambus” (get lost) and portrayed him as a “kuda tunggangan DAP” or DAP operative.

“I doubt if he can stand on a DAP ticket, the party will be seen as having an ulterior motive,” said the above Pakatan politician.

The powers of Malaysia’s constitutional monarchy is not always as clear-cut as it should be and many politicians have problems negotiating their steps.

Pakatan leaders see Dr Mahathir as their passport to the Malay heartland votes. They cannot afford for him to be at loggerheads with the Malay Rulers and challenging a pillar of Malay cultural identity.

Dr Mahathir’s palace problems are a hangover from his tough love approach towards the Sultans during his days at the top. He has not been completely forgiven for amending the Constitution to, first, strip them of their legal immunity in 1991, and then taking away their veto power on legislation in 1993.

He is persona non grata with the Yang di-Pertuan Agong Sultan Muhammad V. He was not on the guest list when Sultan Muhammad was sworn in as the new King last year nor was he invited for the grand installation ceremony.

The Sultan of Johor’s feelings about Dr Mahathir is public knowledge by now. Sultan Ibrahim Ibni Almarhum Sultan Iskandar made a strong speech in conjunction with his 59th birthday that was widely seen to be targeted at Dr Mahathir.

A month ago, the Johor Sultan gave his blessing to the design of the Rapid Transit System track that will link Johor and Singapore. It will be a straight bridge rather than the original curved design which the Sultan said would affect the Johor skyline.

No one wanted to say it out loud but the original design had hints of the crooked bridge that was said to be the straw that broke the camel’s back for Dr Mahathir.

Are the Malays bothered about all this?

“What matters is bread and butter issues although there is still a high degree of deference towards the royals among Malays. That’s why Mahathir is treading carefully and choosing his words after the Bugis fiasco. He can’t risk upsetting the royals too much.

“The royal households are important stakeholders in a government, Mahathir knows their importance in high-level politics especially when forming governments at state level and choosing the Mentri Besar. The blessing and confidence of the monarch is crucial in closely-contested elections and in the event of hung assemblies,” said Amir.

According to political commentator Dr Azmi Omar, Dr Mahathir’s strained ties with the Sultans will not cost him many votes among the Malays.

“But it is not going to win him more Malay votes either and that could be a problem for his coalition,” said Dr Azmi.