His hair was neatly trimmed and he looked rather debonair in a grey suit, black sports shirt chastely buttoned to the chin and a scarf draped over his neck.

He needed the break, he has been under a lot of pressure for breaking rank with the Prime Minister over the 1MDB issue.

These are troubled times for Umno and the Deputy Prime Minister could feel the temperature rising the moment he stepped out of the plane. A small group of supporters and an even bigger group of reporters were waiting for him. 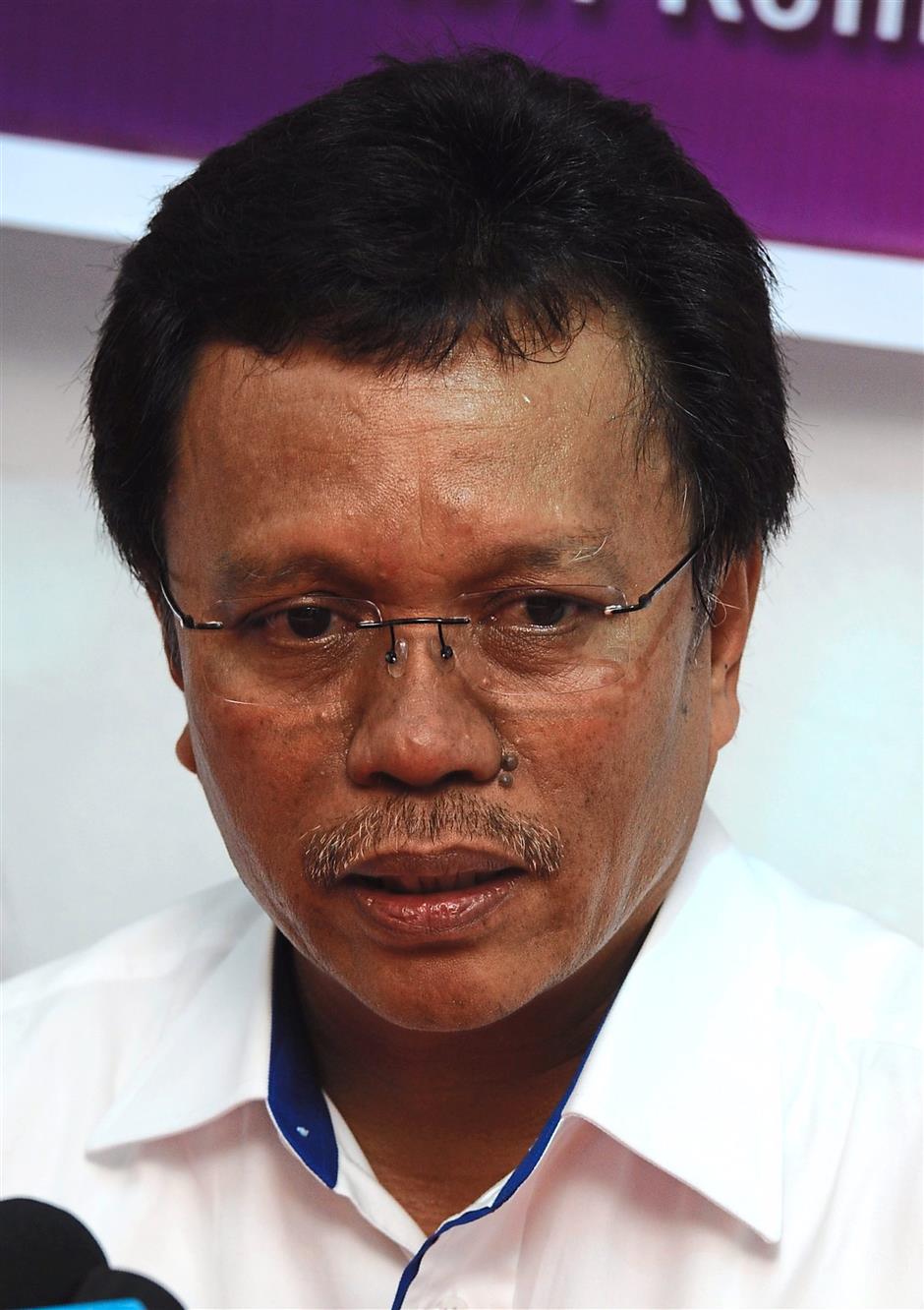 Shafie: “Why should I quit for raising issues?”

Rumours and speculation are second nature to political crises and there had been a rumour flying around that Muhyiddin was going to resign.

It was wishful thinking on the part of his detractors.

No one walks away from power just like that. No one, except for Tun Musa Hitam back in the 1980s when he resigned as Deputy Prime Minister after falling out with Tun Dr Mahathir Mohamad.

Well, Muhyiddin is not Musa and he is staying put – for now, at least.

Muhyiddin and those aligned to him have been under pressure ever since Datuk Seri Najib Tun Razak told his Cabinet members they were free to hand in their letters (of resignation) if they were not comfortable about what was happening especially regarding the handling of the 1MDB issue.

This was after the Cabinet was briefed about the latest development on the troubled investment fund a week ago.

Some have called it an ultimatum but it was, in plain language, a warning.

The Prime Minister was flexing his powers of incumbency. He understands how important a Cabinet position is to any would-be challenger and he was reminding them that he holds the cards.

Umno vice-presidents Datuk Seri Shafie Apdal and Datuk Seri Hishammuddin Tun Hussein have not been spared. The political blogs have been throbbing with speculation about their political fate. Some Umno blogs have even asked them to resign.

“Why should I quit for raising issues in the interest of the country?” said Shafie recently.

Hishammuddin, on his part, tried to fall back on the “cousin connection” and claimed the family bond would never be broken.

But he had quickly gone to see Najib after news reports about his tweet on 1MDB was read as criticising Najib. He felt it had been misinterpreted and he wanted to explain to the boss.

However, things between Shafie and Najib will never be quite the same again.

Loyalty is very important in politics and a bond has been broken.

“The important thing is that they can still work together. PM came to Shafie’s ministry function in Perlis. They are still okay when it comes to work,” said Malacca Chief Minister Datuk Idris Haron. 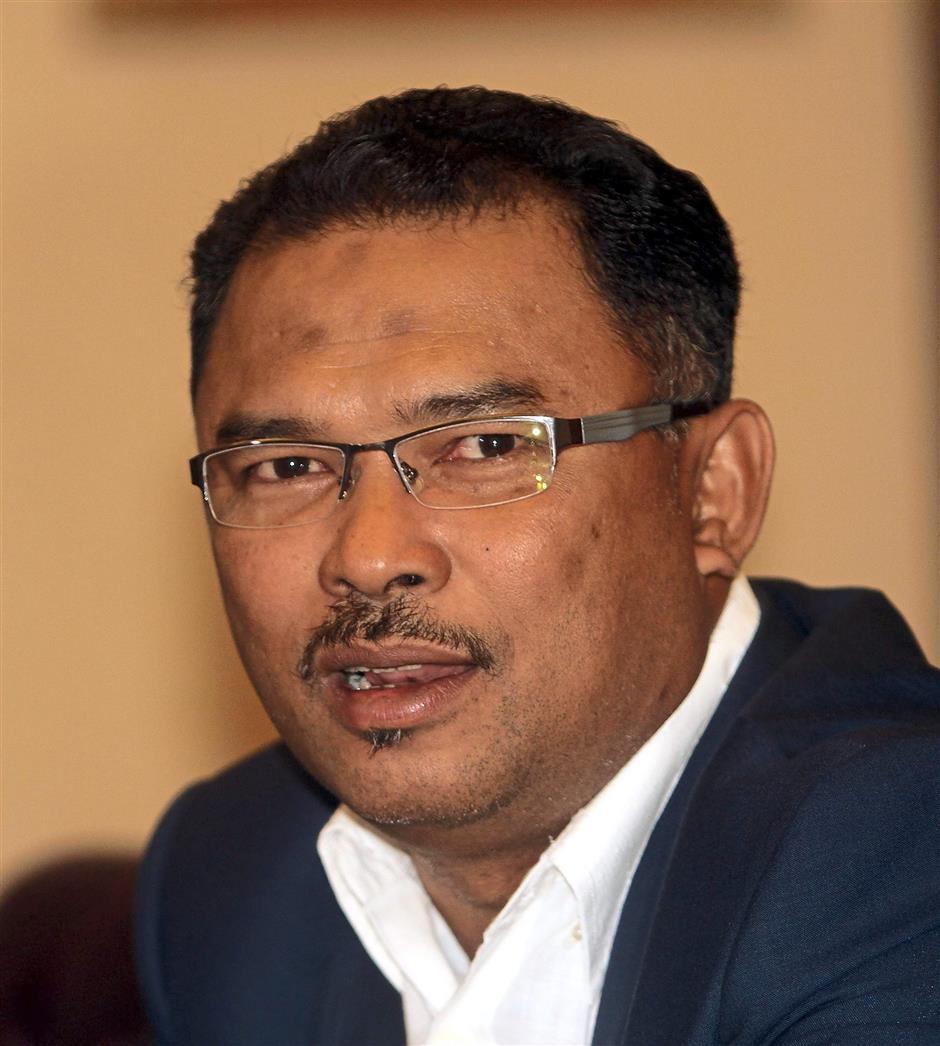 Idris: Every prime minister had their troubles.

Idris was at the national agriculture awards event where the Prime Minister gave away the prizes.

“I have heard of something going on between PM and Shafie but I did not ask directly. I did not want to go there,” said Idris.

Only Datuk Seri Dr Ahmad Zahid Hamidi, the leading Umno vicepresident, is still standing tall. The Mahathir-Muhyiddin camp badly wants him on their side because they can see that Hishammuddin and Shafie are incapable of moving the Umno ground.

In fact, this has been a major source of frustration for Dr Mahathir – there is still no visible groundswell for a Muhyiddin-Shafie team-up despite the elder man’s repeated endorsement.

Dr Mahathir has been the prime mover in this high-stakes power game. He has pulled out all the old tricks but things have not turned out the way he expected.

The Finance Ministry’s recent explanations about the funds has taken some of the oomph! out of his attacks and he can sense the media losing interest in his repetitive attacks on 1MDB.

He knows he cannot go on feeding the beast aka the media with the same old thing. He is running short of new things to say about 1MDB and he can see that Najib is making some progress in containing 1MDB’s debt situation.

As such, he has moved squarely into the game of perception.

Hence, his appearance at Friday’s forum where Najib was supposed to have addressed some NGOs. Some said the former premier gatecrashed the event, others claimed he had an invitation.

That is no longer a relevant point. Many think that Dr Mahathir is entitled to attend the forum and that it would be uncivil not to let him in or to allow him to participate and ask questions from the floor.

But opinion is somewhat divided on whether he should have taken over the forum against the wishes of the organisers by addressing the crowd at the rostrum.

It was not something that one would have expected of someone who enjoys the status of elder statesman. It was action that one would associate with PKR activists like Rafizi Ramli or Tian Chua.

Dr Mahathir is a master at political theatre and he managed to turn what would have been an ordinary forum into a talking point, a controversy and a PR disaster for Najib. Whichever way one looks at it, there is no denying that Najib backed out of the event. It seems that Najib is not ready to face Dr Mahathir and there are all sorts of commentary and jokes circulating on social media about his no-show.

The sight of Dr Mahathir being led off the stage by the police added to the drama and the score as of yesterday was: Mahathir 1, Najib 0.

Najib is not a confrontational person but he is dealing with someone whose strategy has often been: Attack is the best form of defence.

The Prime Minister did not expect anyone to resign despite the Cabinet warning. He was sending a signal to those planning to go against him.

“Najib knows how to use the carrot. But he is now waving the stick. He has not really used it yet, but he may if they force him,” said a Najib insider.

That has not stopped talk of ministers resigning. On Wednesday night, a Perak politician received calls from friends at a coffeehouse near PWTC, telling him they heard that a top Umno leader was handing in his resignation that night. It was untrue of course.

Speculation of a Cabinet reshuffle has also resurfaced. 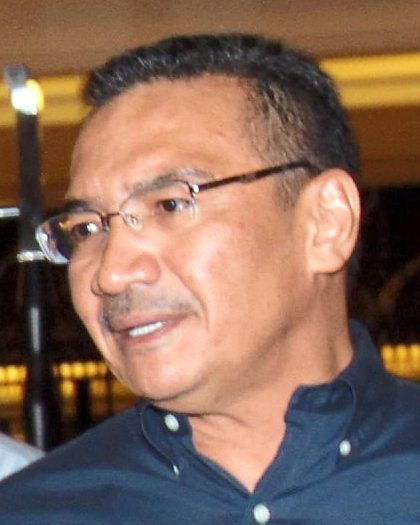 According to the above Najib insider, there will be some kind of change or reshuffle around August when Minister in the Prime Minister’s Department Datuk Seri Idris Jala’s senatorship expires.

There is also talk that Najib may give up the Finance Minister I post. These, said the insider, are the two basic changes that are in store.

However, depending on the political circumstances, Najib may also find it timely to make additional changes such as bringing in new faces, rewarding those who deserve it and demoting others.

“I don’t see him dropping people, he is too nice. The political casualties will be those who are moved to less important portfolios. But he will allow everybody to enjoy the Raya celebration,” said the insider.

Najib, as the Chinese say, is the sort who can drive the knife in without the victim seeing blood. That might be the scenario in the speculated Cabinet reshuffle.

He has also been meeting small groups of Umno division chiefs for lunch at his residence. Groups of about eight each join him for a meal and chit-chat almost everyday.

“He doesn’t ask us for support, he is too polished for that. We talk about politics, about what’s going on in the party. It’s his way of staying in touch with us,” said Cheras Umno chief Datuk Seri Syed Ali Alhabshee who was one of the guests last week.

Almost every Prime Minister has had some sort of trouble with Dr Mahathir.

Both Tunku Abdul Rahman and Tun Hussein Onn died outside of Umno after disagreeing with Dr Mahathir on issues of the day and he had a direct hand in Tun Abdullah Ahmad Badawi’s early exit.

Dr Mahathir had more than his share of challenges. He struggled for legitimacy after Musa walked out on him and narrowly defeated Tengku Razaleigh Hamzah for the presidency in 1987.

He won by only 43 votes, which was about the number of passengers on a bus, and was labelled the “one-busload PM”. But with his challengers gone, he became quite invincible and the rest is history.

“All PMs have challenges. It’s up to Najib whether he is strong enough to survive his first five years and become a better PM,” said Idris.

Dr Mahathir, said Idris, had to grapple with two former Prime Ministers who were against him.

In Najib’s case, one former Prime Minister is with him and the other against him.

But this is no ordinary former Prime Minister, this is Dr Mahathir. The sight of him hijacking the forum on Friday and blasting away at Najib was really something.

Dr Mahathir is 89 but you would not think so looking at the way he has been going on.

The Umno rank and file understand all too well why Najib is nervous about confronting Dr Mahathir.

They have been watching this man for decades and they have seen what he can do to people, big and small.

But Najib is riding the tiger. No one can tame this tiger even though it is rather long in the tooth, but Najib has to show that he is able to handle the tiger.

Najib has left to perform the umrah.

The more worldly side of life is supposed to play a secondary role during the Muslim fasting month that will begin soon. But this could be a very political Holy Month.