Have political parties become stale? How can redesigning parties and movements lead to a revitalised, fresher approach to making Malaysia better?

ON Friday, Tun Dr Mahathir Mohamad apparently attempted his own #OccupyBersatu, by brazenly challenging his ‘dismissal’ from the party by occupying his office in the party headquarters.

There were rumours that same evening of defections from cabinet ministers, which followed earlier rumours that Dr Mahathir had 129 MPs on his side.

Some Malaysians took this as a “popcorn” moment, where they just sit on the sidelines, enjoying popcorn as if watching a movie.

For this particular movie though, it feels like even the popcorn is getting stale.

One question the latest episode in this drama brings to mind though is: what use really, is a political party? Does it matter whether someone like Dr Mahathir is in one or not, or in any particular one?

Dr Mahathir was one of the founders of Bersatu, but it is not entirely unprecedented that a party founder or leader or leave the party. Datuk Onn Jaafar founded but ultimately left Umno, while Tun Abdul Razak, his son Datuk Seri Najib Razak and former PM Tun Abdullah Badawi remain the only Umno Presidents who did not leave Umno.

If my understanding of the law is correct, whether a member of parliament is a member of any political party may not technically have any bearing on his or her qualification to be Prime Minister. Some may view not being in such a party as a little awkward, but that’s about it.

Noting this point, what is the primary utility of political parties today, and how does their structure and culture affect governance in Malaysia?

I believe that one of the only practical functions of political parties in Malaysia today is to have internal party elections; the results of these elections are then in a sense used to justify things like appointments to cabinet posts or other government related positions.

Essentially, the higher your rank in the party structure, the more it is expected that you should be given an important and (more importantly) lucrative government appointment.

For example, if you are the party vice president or youth chief, then you are thought to be a shoe in for a key cabinet post.

This convention is the main reason why party elections are often hotly contested, and why money politics has historically been a considerable problem concerning party elections.

Do party positions have any real value otherwise? What are the practical things that a national vice president is empowered to do that is so very different from say the deputy treasurer of a local branch?

The culture of internal party elections also creates an atmosphere of constant internal competition within a political party.

Of course in general, we should not look to eliminate all forms of competition. That said, how healthy has internal competition within political parties in Malaysia been? This question is especially pertinent given that our political parties are largely extremely bereft of unifying ideologies.

Parties like PKR saw themselves completely torn apart for years due to an obsession with feudal mentalities, and a complete inability to rise above petty internal squabbling.

Whatever little else the party may have been about was completely overshadowed by these internal divides. While some may have thought that Datuk Seri Azmin Ali’s departure from PKR may have brought an end to this, we have yet to see a fresh new PKR rise from the ashes.

Coming back to political parties in general: the year is 2020, and perhaps it is time to not only think outside the box, but ask ourselves: Why does the box exist?

We should not only question the shape of our box/container, but the very reason we assumed we needed a container in the first place.

With regards to our current conversation, I believe the right question to ask is: Is using seniority within political parties the right basis to decide seniority and portfolios in a cabinet?

I also believe that the originating idea of elected leaders that are supposed to reflect certain ideologies has long, long ago given way to the culture of electing feudal leaders with a quid pro quo mentality.

If this is indeed the case, then here are the bold proposals to overhaul this system.

Firstly, let us completely stop this notion of appointing leaders to prominent government positions based on their seniority within political parties. Let us simply appoint the best, most qualified person for the job.

To take this radical line of thought even further, perhaps let us completely rethink and overhaul how political parties are organised.

Indeed, one could go so far as to question whether ‘political party’ is a semantically accurate description of what follows; but we’ll leave that aside for now.

Instead of having presidents, youth chiefs, women’s chiefs, deputy this, vice that and so on, how about a relatively flat organisational structure?

The only thing you actually need are widening circles of decision makers. In theory, the largest of these circles is the entire membership of the organisation, while the smallest circle in the center is a group of people that is large enough to represent varied interests and groups, while small enough to make practical decisions efficiently.

Instead of one individual at the top of a pyramid, decisions should be made by a group on a consensus basis. This can sometimes take longer, but very frequently produces much better results.

The next part of this radical rethinking involves two interrelated questions: First, how much do we actually need internal party elections? Second, what should the shelf life of a movement be?

In the interests of space and time, let me summarise a bold idea.

What if a party were to pledge that should they win the elections and form the government, they will exist for a maximum of ten years or two terms. They will also institute legislation banning any senior office holders from contesting in national elections after these two terms. At the end of this period, the movement or party will also be completely disbanded.

The final caveat is that within these five or ten years of being in government (assuming they succeed), there will effectively be no internal party elections of any sort. All the movement’s energy should be focused on governing well, with no distractions. As imagined above, key decisions should be made collectively and collaboratively in the appropriate circle of decision making within the movement.

Radical? Guilty as charged. The reasoning behind this suggestion is that maybe each generation should form its own movement. Perhaps the healthiest political parties are those that don’t live long enough to see themselves become the villain.

I have been learning that there is great value in forming a movement of your own - standing on the shoulders of the giants of history, but also building something new that reflects the unique needs and aspirations of each generation. And maybe this is precisely the thing that should be done every decade or so.

One article is not quite enough space to flesh out this whole idea, but hopefully these rough contours will demonstrate some of the modes of thinking regarding some badly needed innovation when it comes to political movements.

Failure to innovate will leave us stuck eating stale popcorn, watching political dinosaurs - both exhausted and exhausting - circle each other endlessly in the most dreary boxing match imaginable.

NATHANIEL TAN works with Projek Wawasan Rakyat (POWR). He dreams of Malaysia 2.0, and can be reached at nat@engage.my. The views expressed here are solely his own. 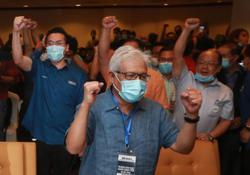 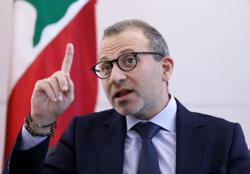 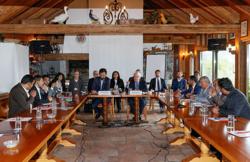 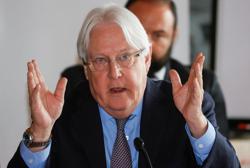