WASHINGTON, Dec. 7 (Xinhua) -- U.S. applications for mortgages dropped 1.9 percent last week from the week prior, according to the Mortgage Bankers Association.

At the same time, applications to refinance climbed 5 percent last week but were still down a whopping 86 percent from the same period last year.

This occurs as the U.S. Federal Reserve is engaged in the most aggressive rate hike cycle in four decades, in a bid to tamp down the worst inflation since the early 1980s.

"Purchase activity slowed last week, with a drop in conventional purchase applications partially offset by an increase in FHA and USDA loan applications," according to a statement from Mortgage Bankers Association economist Joel Kan.

The average size of a loan application for those wishing to purchase a home dropped to 387,300 U.S. dollars.

That's the lowest since January 2021 and is in line with the recent trend of quickly decreasing house prices, Kan noted.

All eyes will be on the Fed next week after the monthly inflation numbers come out.

Markets are hoping to see a decrease in the inflation rate, which has not lowered significantly, despite the aggressive rate hikes. 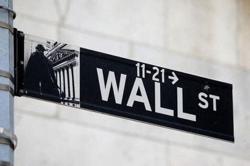