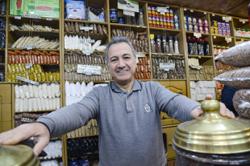 ISTANBUL (Reuters) - The number of oil tankers waiting in the Black Sea to cross Istanbul's Bosphorus strait on the way to the Mediterranean rose by five to 16 on Thursday, a shipping agency said, amid talks between Western and Turkish officials on steps to resolve the tanker queues there.

A British Treasury official has said those talks were happening after the G7 and European Union rolled out new restrictions on Dec. 5 aimed at Russian oil exports.

The G7 group of countries, the European Union and Australia have agreed to bar shipping service providers like insurers from helping export Russian oil unless it is sold at an enforced low price, or cap, to deprive Moscow of wartime revenue.

But a separate Turkish measure in force since the start of the month has caused a logjam, requiring vessels to provide proof they have insurance covering the duration of their transit through the Bosphorus strait or when calling at Turkish ports.

The Tribeca shipping agency named five new tankers longer than 200 metres waiting north of the Bosphorus strait to cross southbound towards the Mediterranean Sea, in addition to the 11 named a day earlier. It said no ships were scheduled to cross.

At the Dardanelles strait further south, nine tankers were waiting to cross southbound, down from 12 a day earlier, the agency said. Three tankers were scheduled to pass through that strait on Thursday, two en route from Tuapse in Russia to Fujairah in the UAE and one en route from Tuzla in Turkey to Sidi Kerir in Egypt.

(Reporting by Daren Butler and Can Sezer; Editing by Raju Gopalakrishnan)