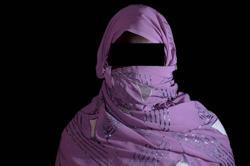 ABUJA (Reuters) -Nigeria's Defence Chief, General Lucky Irabor, said on Thursday that the military will not investigate a Reuters report that it ran a secret mass abortion programme because the report was not true.

Reuters reported on Wednesday that the Nigerian Army has run a secret, systematic and illegal abortion programme in the country's northeast since at least 2013.

The programme has involved terminating at least 10,000 pregnancies among women and girls, many of whom had been kidnapped and raped by Islamist militants, according to dozens of witness accounts and documentation reviewed by Reuters.

Asked about the report, Irabor told reporters in Abuja that the military "will not investigate what you know is not true".

"I don't think I should waste my energy in such things," he said, speaking at a news conference addressing insurgency, terrorism, and banditry in the country.

Irabor, who led the military in the northeast in 2016, a period covered in the report, said cases referred to in the report never occurred and that he never saw anything like that.

Since the report was published, human rights group Amnesty International has called on the Nigerian authorities to investigate, prosecute those found culpable and provide reparations to victims.

Lawmakers in Britain and the United States have called on their countries' governments to seek further information from Nigeria.

Contacted by Reuters about the report, a spokesman for presidential candidate and former vice president Atiku Abubakar said that if Atiku won the presidential election scheduled for February 2023 his administration would look into the issue.

"If we are talking about illegal abortion that is taking place anywhere, we will find out what is happening with a view to stopping it," spokesman Charles Aniegwu said.

Aniegwu said however that Atiku and his team were not endorsing the findings of the Reuters report because they had not investigated the matter themselves, adding that the Nigerian military "has been very professional in a number of ways".

"We will indeed begin to examine whether there are bad eggs that may have done that," he said. 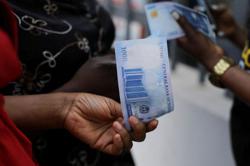 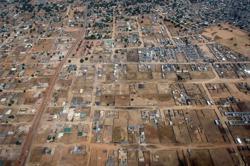