DOHA, Nov. 30 (Xinhua) -- Mathew Leckie scored a superb second-half goal as Australia beat Denmark 1-0 on Wednesday to reach the round of 16 at the FIFA World Cup.

Leckie put Australia ahead on the hour when he dribbled around Joakim Maehle before sending a low finish past Kasper Schmeichel at the Al Janoub Stadium.

The result means Australia will play in the tournament's knockout stage for the first time since 2006 in Germany, where they were eliminated by eventual champions Italy in the round of 16. Denmark are eliminated after having finished last in Group D. 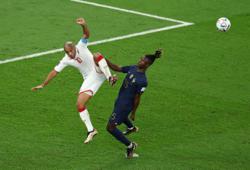