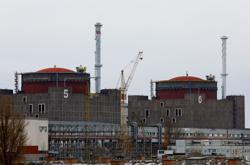 (Reuters) - A large oil storage tank was on fire early on Wednesday in Russia's Bryansk region, a local governor said.

The tank was located in the Surazh district in the north of the region. Bryansk region borders with Ukraine's northeast.

"Fire and rescue teams are on the site," Governor Alexander Bogomaz said on the Telegram messaging app. The fire had spread across 1,800 square metres (19,000 square feet), Bogomaz said.

There were no reports of casualties, he added. He did not mention a potential cause for the fire.

Reuters was not able to immediately verify the reports.

Earlier in the night, the governor of Russia's Kursk region - to Bryansk's south and also bordering Ukraine - said Ukrainian forces had struck a power plant, causing some electricity outages.

(Reporting in Melbourne by Lidia Kelly; Editing by Bradley Perrett)