ADDIS ABABA, Nov. 27 (Xinhua) -- The Ethiopian government disclosed that more than 450,000 people in the country's conflict-affected northernmost Tigray region have been reached in the first-round humanitarian assistance after the recently signed peace accord.

In the first round humanitarian supplies alone, more than 90 thousand quintals of wheat and nutritious food were distributed to more than 450,000 people, according to the NDRMC.

The national relief body further said more than 60 heavy vehicles loaded with humanitarian supplies have arrived at their destinations in the region.

The latest humanitarian aid provision in Tigray came after senior commanders of the Ethiopian government and the rebel Tigray People's Liberation Front (TPLF), de facto ruler of the Tigray region, agreed to facilitate humanitarian access in conflict-hit parts of northern Ethiopia in an agreement facilitated by the African Union (AU).

The parties to the conflict have agreed to promote unhindered humanitarian access for all in need in Tigray and neighboring regions and facilitate the movement of humanitarian aid workers.

They have also agreed to provide security guarantees for aid workers and humanitarian organizations as well as protection for civilians in accordance with the provisions of the "permanent cessation of hostilities" agreement signed by the two sides on Nov. 2. 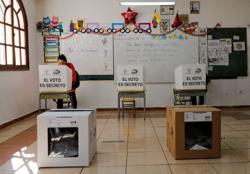