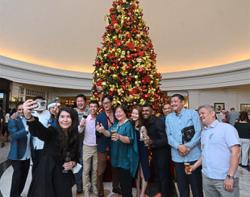 It's estimated that three million people watched the parade in person, higher than the 2.5 million of viewers last year, according to a report by CNN citing organizers of the event.

Mild winter weather and street closures along the route make spectators easier to show up.

The debut of balloonicles of Striker, the U.S. Soccer Star, new giants of pup Bluey, Greg Heffley from book series Diary of A Wimpy Kid, dinosaurs DINO and Baby DINO, one-eyed Stuart the Minion as well as five new floats added novelty to the ritual.

The parade had the participation of almost 8,000 volunteers, 1,200 cheerleaders, 700 clowns, 12 marching bands, ten performance groups and a number of musical stars, according to Jeff Gennette, chairman and chief executive officer of Macy's Inc., which is behind the event dating back to 1924.

As many as 54.6 million Americans plan to make 50 miles or more of travel for this year's Thanksgiving holiday between Wednesday and Sunday, according to a forecast by the American Automobile Association. 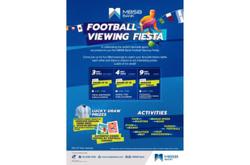