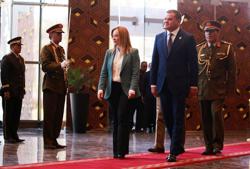 TRIPOLI, Nov. 23 (Xinhua) -- The United Nations Children's Fund (UNICEF) and the United Nations Mine Action Service (UNMAS) on Wednesday expressed concern about the deadly explosive remnants of war in Libya, urging for awareness among the Libyans of the danger.

"This week, another child tragically lost his life when he found and played with a grenade that was left behind by the warring parties in the conflict. His two brothers, standing near him, were severely injured," the UN agencies said in a statement.

"The UNICEF and UNMAS are deeply concerned about the continued loss of civilian lives, especially children, from explosive remnants of war, and urge all Libyans to be aware of the risks," the statement said.

The UNICEF and UNMAS are working with Libyan mine action partners to provide explosive ordnance risk education to people to raise awareness of the dangers and risks of mines and unexploded ordnance, the statement added.

"We call upon all armed actors to stop the use of explosive weapons in populated areas and to put in place measures to protect civilians, in particular children," said Michele Servadei, UNICEF representative for Libya.

"At least 39 people have been killed or injured this year in incidents related to explosive remnants of war," said Justin Smith, chief of the United Nations Support Mission in Libya's (UNSMIL) Mine Action Program.

According to the Humanitarian Response Plan, currently 505,486 people are at risk of mines, unexploded ordnance, and explosive remnants of war, the statement said.

In April 2019, a violent war erupted between the eastern-based army and the former UN-backed Government of National Accord in and around the capital Tripoli which lasted for over a year, killing and injuring many civilians and causing great destruction in the city.

Libya has been suffering insecurity and chaos since the fall of the late leader Muammar Gaddafi's regime in 2011. 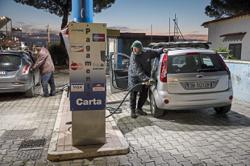 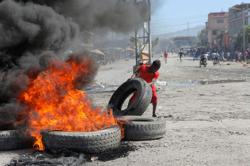