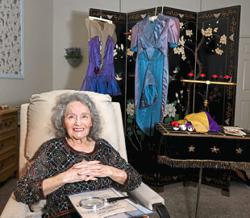 LOS ANGELES, Oct. 6 (Xinhua) -- Two people died and six others were injured in a stabbing in front of the Wynn Casino on Las Vegas Strip on Thursday, police said.

The attack happened at the 3100 block of South Las Vegas Boulevard around noon, according to police.

Police said two people died and six others were hurt in the stabbing. Three of the surviving victims were in critical condition.

A suspect is in custody, police said. A large kitchen knife was recovered at the scene.

Witnesses told local media that the attack occurred in multiple locations and some of the victims involved may have been "showgirls" who take photos with tourists on the Strip.

Roads in the area are closed as police investigate the cause of the attack.