VIENNA, Oct. 5 (Xinhua) -- The Organization of the Petroleum Exporting Countries (OPEC) and its allies, a group known as OPEC+, on Wednesday announced a major production cut of 2 million barrels per day (bpd) starting November to bolster oil prices that have recently tumbled over recession fears.

The oil alliance decided to cut its overall output by 2 million bpd from its August production targets, according to a statement released after the 33rd OPEC and non-OPEC Ministerial Meeting.

The reduction equals around 2 percent of this year's global oil demand, which is estimated by OPEC at around 100 million bpd.

According to the statement, the decision was made "in light of the uncertainty that surrounds the global economic and oil market outlooks, and the need to enhance the long-term guidance for the oil market, and in line with the successful approach of being proactive, and preemptive."

"We (OPEC+) are here to stay as a moderating force, to bring about stability," Saudi Arabian energy minister Abdulaziz bin Salman told a press conference after the meeting.

OPEC+'s Wednesday move came as crude prices had continued to slide since the last OPEC+ ministerial meeting in early September, when the alliance agreed on a modest production cut of 100,000 bpd in October to support prices.

However, crude prices bounced back in the last few days as speculation grew of a potential huge production cut by OPEC+.

OPEC+'s meeting on Wednesday marked the group's first in-person gathering at the ministerial level since March 2020, when COVID-19 restrictions moved the meeting online.

In April 2020, OPEC+ drastically slashed oil production by about 10 million bpd as the COVID-19 pandemic hammered demand. The group began last year to gradually raise production every month as the market improved. In September this year, the alliance made its first output cut in over a year.

The OPEC and non-OPEC oil producers on Wednesday also agreed to extend their cooperation deal to the end of 2023, according to the OPEC statement.

OPEC+'s Joint Ministerial Monitoring Committee (JMMC), which advises its ministerial meeting, will also meet every two months, instead of on monthly basis. But the JMMC can request an OPEC+ ministerial meeting "at any time to address market developments if necessary," said the statement. 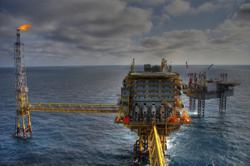