FILE PHOTO: U.S. and Ukrainian flags are pictured prior to the start of the UUkraine Defense Consultative Group meeting hosted by U.S. Secretary of Defense Lloyd Austin, as Russia's attack on Ukraine continues, at U.S. Airbase in Ramstein, Germany, April 26, 2022. REUTERS/Kai Pfaffenbach

Biden was joined in the call by Vice President Kamala Harris, the White House said in a statement. The president underscored that Washington will never recognize Russian annexation of Ukrainian territory, it added.

Biden "pledged to continue supporting Ukraine as it defends itself from Russian aggression for as long as it takes," the statement said. 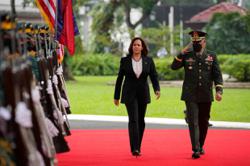 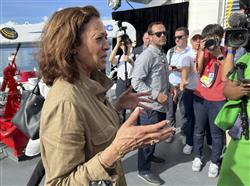