Swedish lawmaker Abir Al-Sahlani adjusts her hair after cutting them during EU debate on Iran protests at the European Parliament in Strasbourg, France October 4, 2022 European Union/Handout via REUTERS

BRUSSELS (Reuters) - A Swedish member of the European Parliament lopped off her hair during a speech in the EU assembly in solidarity with anti-government demonstrations in Iran ignited by the death in morality police custody of 22-year-old Mahsa Amini.

"Until Iran is free, our fury will be bigger than the oppressors. Until the women of Iran are free we are going to stand with you," Iraqi-born Abir Al-Sahani said in the parliament in Strasbourg, France, on Tuesday evening.

Then, taking a pair of scissors, she said "Jin, Jiyan, Azadi" - Kurdish for "Woman, Life, Freedom" - as she snipped off her ponytail.

Leading French actresses including Juliette Binoche and Isabelle Huppert have also cut locks of hair in protest over Amini's death after she was arrested in Tehran on Sept. 13 for "inappropriate attire".

Iran's clerical rulers have been grappling with the biggest nationwide unrest in years since her death and protests have spread abroad including London, Paris, Rome and Madrid in solidarity with Iranian demonstrators. 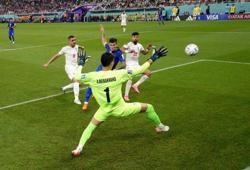