NEW DELHI (Reuters) - India's Prime Minister Narendra Modi on Tuesday told Ukrainian President Volodymyr Zelenskiy that his country is ready to contribute to peace efforts in the ongoing conflict with Russia that has raged for seven months.

"He expressed his firm conviction that there can be no military solution to the conflict and conveyed India's readiness to contribute to any peace efforts," the Indian prime minister's office said in a statement after a telephone conversation between Modi and Zelenskiy.

India is articulating its position against the Ukraine war more robustly to counter criticism that it is soft on Russia, but it still has neither held Moscow responsible for the invasion nor altered its policy on importing cheap Russian oil and coal. Russia invaded Ukraine on Feb. 24.

The "Prime Minister emphasized the importance India attaches to the safety and security of nuclear installations, including in Ukraine," the statement said. 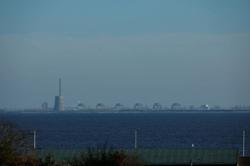 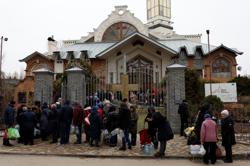