CHICAGO, Oct. 3 (Xinhua) -- General Motors Co. (GM) reported on Monday that it sold 555,580 vehicles in the United States in the third quarter this year, up 24 percent year over year.

To be specific, sales of Chevrolet went up 30 percent, GMC up 24 percent and Cadillac up 50 percent, according to figures published on the company's website.

The U.S. automaker ended the third quarter with 359,292 vehicles in dealer inventory, including units in-transit, an increase of 111,453 units from the previous quarter and nearly three times the inventory available at the end of the third quarter of 2021.

Demand for the Chevrolet Bolt EV and Bolt EUV has outpaced supply, especially since a new pricing strategy was announced this summer that makes them among the most affordable EVs on the road. The base MSRP for the 2023 Chevrolet Bolt EV now begins at 25,600 U.S. dollars while the Bolt EUV begins at 27,200 dollars.

GM has regained its dominance of the full-size pickup market by launching all-new versions of the Chevrolet Silverado and GMC Sierra for the 2019 model year, which dramatically expanded choice for customers at all price points. The Detroit-based automaker also significantly increased capacity for heavy-duty models by about 90,000 units.

GM and its suppliers and joint venture partners have been executing a tightly coordinated strategy to scale EV capacity in North America to more than 1 million units annually by 2025. "We are being very intentional in the way we are executing our EV strategy to position the company for the same kind of success that we've earned with today's pickups and SUVs, and with supercars like the Chevrolet Corvette," said Steve Carlisle, GM executive vice president and president, GM North America, in a statement. 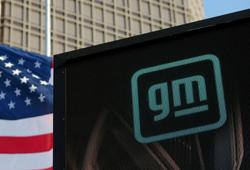