DUBAI (Reuters) -A regional country has mediated between Iran and the United States for the "simultaneous release of prisoners," Iran's Nournews said on Saturday, shortly after Tehran allowed an Iranian-American businessman out of prison on a one-week furlough.

"In recent weeks, intensive talks, with the mediation of a regional country were held for the release of Iranian and American prisoners," the semi-official news agency said, not specifying which country was the mediator.

It also said that "Billions of dollars of Iran's frozen assets because of the U.S. sanctions will be released soon."

Iran said in August it was ready to swap prisoners with the United States, after U.S. Secretary of State Antony Blinken tweeted that "Siamak Namazi had now spent 2,500 days wrongfully detained" in Iran and Washington was determined to secure the freedom of all Americans held by its Middle East adversary. 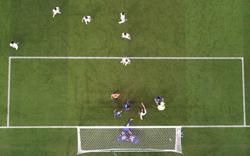