HARARE (Reuters) - Prize-winning Zimbabwean novelist and filmmaker Tsitsi Dangarembga was found guilty of staging an anti-government protest and received a six-month suspended jail sentence and a fine, a court ruled on Thursday.

Dangarembga and her co-accused Julie Barnes, who was also found guilty, had been charged with participating in a public gathering with intent to incite public violence while breaking COVID-19 protocols, after they staged a protest in July 2020.

The two were fined 70,000 Zimbabwe dollars ($185) and received a suspended sentence, provided they do not commit a similar offence in the future.

A fierce critic of President Emmerson Mnangagwa's government who has been fighting for years against corruption and demanding reforms, Dangarembga had maintained during the trial that Zimbabweans have the right to demonstrate.

"The two intended to incite violence and the accused are found guilty as charged," Harare magistrate Barbara Mateko said.

Their lawyer Chris Mhike said Dangarembga and Barnes were first-time offenders and asked for leniency.

"I am not surprised by the verdict because we are in a situation where media freedom is not encouraged. So this means the space for freedom of expression is shrinking and is being criminalized," Dangarembga, 63, said outside court.

Human rights lawyers said at the time of their arrest that dozens of activists were arrested by the security forces deployed to quell protests against the government. Rights lawyers also said there were cases of abductions and torture, which the government has denied.

Dangarembga's first novel, "Nervous Conditions", won the African section of the Commonwealth Writers' Prize in 1989. Her book "This Mournable Body" was nominated for a Booker Prize in 2020. 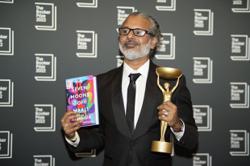 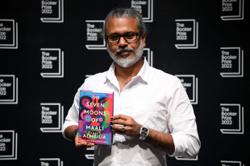