The parliament supported the plan by 52 votes against 17. Budget spending will therefore be increased to 14.6 billion euros (14 billion U.S. dollars), from the 14 billion euros previously planned. Meanwhile, budget income will rise to 12.5 billion euros, about one billion euros more than expected, due to higher tax income amid strong economic recovery following the COVID-19 pandemic.

Budget deficit will amount to some 2 billion euros, which is less than the previously forecast deficit of 2.5 billion euros. However, the deficit is expected to increase to some 3 billion euros in 2023, when the government will need more funds to ease the burden on businesses and citizens of higher food and energy prices.

"This budget plan is ... a ticket which will enable us to overcome the energy crisis and the upcoming winter ... in a way that will not significantly hurt our jobs or our citizens," Prime Minister Robert Golob told the parliament at the start of the budget debate on Tuesday.

The government has in recent months reduced the prices of gasoline outside highways, capped prices of electricity and natural gas, reduced taxes on most energy sources and capped the margins for retailers of heating oil. It has also provided financial assistance with energy costs to companies, families and individuals with financial difficulties, particularly to cope with heating costs during the winter season from this October to April next year. 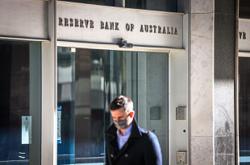