Danube Kirt Ngongang, the technical air quality expert at the UNEP, said in Nairobi, the capital of Kenya, that the continent's transport sector is a major source of pollutants due to heavy reliance on fossil fuels to drive the sector.

"Currently, the level of pollution from the transportation sector is increasing as the number of vehicles on the roads increases and if nothing is done, the air will not be clean enough to breathe," Ngongang said during the youth in climate change action forum.

The expert noted that rising incomes coupled with rapid urbanization in Africa are fueling the increase in the number of vehicles operating on the continent.

He suggested that African countries should take steps to improve the quality of air in urban centers through the promotion of efficient mass public transport systems that reduce vehicular traffic.

"Governments should also promote the use of walking, cycling and other environmentally friendly modes of transport to reduce the carbon footprints of their cities," he said.

He added that electric vehicles are also an appropriate method to accelerate the adaptation of green transport because they eliminate the burning of fuel fossils to power vehicles. 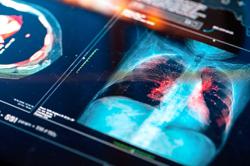