CHICAGO, Sept. 20 (Xinhua) -- An estimated 65,611 people experienced homelessness in the U.S. third largest city of Chicago in 2020, an increase of 12.6 percent from 2019, according to a report released by the Chicago Coalition for the Homeless.

Of the total, more than 75 percent temporarily stayed with others at one point, Chicago Tribune reported on Tuesday.

In the coalition's definition, homelessness covers children and families living doubled up or temporarily staying with others, in addition to those staying in a shelter or a place not meant for human habitation, the report said.

The report further revealed that in 2020, homelessness disproportionately affected African Americans, who made up 55.8 percent of the total population experiencing homelessness, and 75.9 percent of the population fitting definition of homelessness by the U.S. Department of Housing and Urban Development (HUD), which excludes those living doubled up from its estimate.

The number of Hispanic or Latino people experiencing homelessness also increased significantly from 12,813 in 2019 to 18,272 in 2020, the report said. 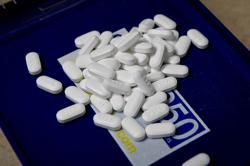