The State Hearse carrying the coffin of Queen Elizabeth II makes its way to Buckingham Palace in London, Tuesday, Sept. 13, 2022. Queen Elizabeth II, Britain's longest-reigning monarch and a rock of stability across much of a turbulent century, died Thursday Sept. 8, 2022, after 70 years on the throne, at the age of 96. (AP Photo/Andreea Alexandru)

LONDON: Queen Elizabeth II's coffin has arrived in London and will remain in Buckingham Palace overnight ahead of her state funeral on Monday (Sept 19).

The queen's coffin was taken by car from RAF Northholt in west London after being flown aboard a Royal Air Force C-17 Globemaster from Edinburgh, Scotland. Her daughter, Anne, was the only one of her four children on the flight, according to United Press International (UPI).

Witnessing the love and respect shown by so many on these journeys has been both humbling and uplifting, the princess royal said in a statement.

We will all share unique memories. I offer my thanks to each and every one who share our sense of loss.

The queen will lie in rest overnight in the palace's Bow Room before being transported in procession on a gun carriage of the King's Troop Royal Horse Artillery to the Palace of Westminster to lie in state before Monday's funeral.

Thousands of people began lining up overnight for a chance to bid farewell later in the week when she lies in state. 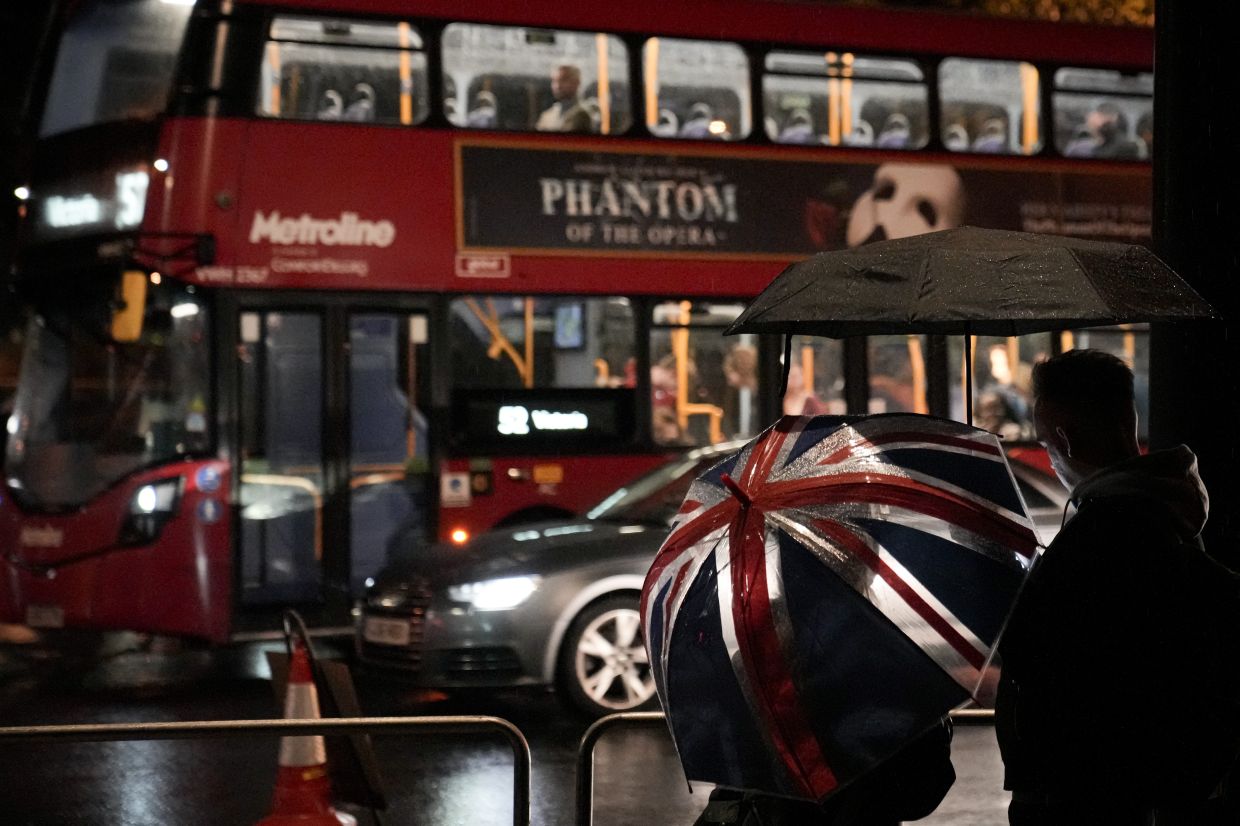 People stand after the State Hearse carrying the coffin of Queen Elizabeth II passed them on the way to Buckingham Palace in London, Tuesday, Sept. 13, 2022. Queen Elizabeth II, Britain's longest-reigning monarch and a rock of stability across much of a turbulent century, died Thursday Sept. 8, 2022, after 70 years on the throne, at the age of 96. (AP Photo/Andreea Alexandru)

The coffin left Edinburgh earlier in the day, following a service at St. Giles' Cathedral and an opportunity for the people of Scotland to pay their respects. The Scottish government said more than 26,000 people attended.

King Charles and Camilla, the queen consort, arrived at Buckingham Palace Tuesday evening. UPI also reported that earlier in the day, the royal couple traveled to Belfast and attended an afternoon service of prayer and reflection at St. Anne's Cathedral in the Northern Ireland capital.

After Monday's state funeral, the queen's coffin will travel in procession from Westminster Abbey to Wellington Arch and on to Windsor Castle for a committal service in St. George's Chapel.- Bernama

Queen Elizabeth’s final trip is most tracked flight in history

Orchid named for the queen

Grieving the death of well-loved Queen