SOFIA (Reuters) - Bulgaria's centre-right GERB party widened its lead over its main rival, the reformist We Continue the Change (PP) a month ahead of the country's fourth parliamentary election in less than two years, an opinion poll showed on Thursday.

But none of seven parties seen securing seats in the new parliament is expected to win a majority, raising the prospect of protracted coalition talks in the European Union member state after the Oct. 2 election.

GERB's party of former prime minister Boyko Borissov, whose more than a decade in power ended in 2021 amid anger against high-level graft, expanded its support to 24.4% from 23.6% in July, the Aug. 15-22 opinion poll of 1,007 respondents showed.

Support for the PP party, led by Kiril Petkov, whose reformist government was toppled in June after just six months, fell to 19.6% from 21.4%, the poll, conducted by independent pollster Trend showed.

Some political analysts say the Oct. 2 election may fail to produce a working government, which could extend a run of caretaker cabinets appointed by President Rumen Radev.

Petkov, whose government collapsed after one of its coalition partners quit, has struggled to deliver on his pledge to stamp out corruption. He has also backed Ukraine in its fight against Russia in a country traditionally friendly towards Moscow.

Since then, the nation's concerns have shifted to surging prices and concerns about winter energy supplies, the poll showed.

In the survey, the ethnic Turkish MRF party is seen coming third with 10.6% of the vote, just ahead of ultra-nationalist and pro-Russian Revival party with 10.3%.

Petkov's prospective allies - the leftist Socialists and the rightist Democratic Bulgaria have a support of 8.6% and 7.3%, respectively.

A new nationalist conservative party that advocates softer stance against Russia, Bulgarian Rise, is seen entering the parliament with 4.5%. 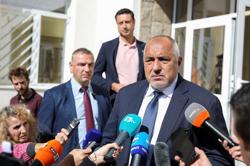 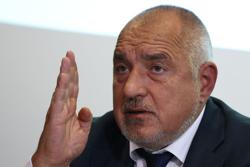 Niece of Iran's Supreme Leader urges world to cut ties with Tehran over unrest - online video
Japan PM Kishida's approval hits new low after ministers resign
Thousands throng Anime Festival in Singapore after long COVID hiatus
Russia to bar foreigners from using its surrogate mothers - lawmaker
Zelle users have been scammed out of thousands. How to avoid being targeted on money apps
Private chef stuns TikTok with US$3,500 grocery bill for 36 items. ‘Grossly out of touch’
Snow to blanket Kyiv from Sunday as power still in short supply
Opinion: How Sam Bankman-Fried exploited the ‘effective altruism’�fad to get rich and con the world
Robot pets help these US seniors make friends
NYPD officers, bystander save man who fell on subway tracks