NEW YORK, Aug. 19 (Xinhua) -- While many have blamed the criminal justice reform movement for the rise in violent crime in the United States, these increases can largely be attributed to an alarming escalation in gun violence, reported the Center for American Progress (CAP) on Thursday.

"If elected officials are serious about stopping violent crime, they need to prioritize and support stronger gun laws at both the state and federal levels," said the think tank.

States that received an "F" grade based on the strength of their gun laws, according to the latest scorecard from the Giffords Law Center to Prevent Gun Violence, saw the highest homicide rates, noted the report.

The states with the highest firearm mortality rates are Alabama, Louisiana, Mississippi, Missouri and Wyoming. These states all received an "F" grade for their weak gun laws, it said. 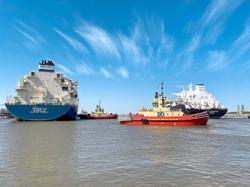