WARSAW (Reuters) - Finland's prime minister had good reason to go out and celebrate, because her country is joining NATO, her Polish counterpart said on Friday, backing Sanna Marin's right to party as she faces a storm of criticism at home over leaked videos of a night out.

Marin said on Friday she had taken a drugs test following the publication of video footage this week that showed her partying with friends. She vowed she had never used illegal drugs and said her ability to perform her official duties had remained unimpaired on the Saturday night in question.

"The prime minister has a reason to be happy because Finland joined NATO," Polish Prime Minister Mateusz Morawiecki told a news conference when asked about the videos.

"So if on this occasion the prime minister of Finland drank a little more Finlandia (vodka) and because of this danced, there is nothing terrible in that."

Video clips of the 36-year-old Marin partying with well-known Finnish influencers and artists began circulating in social media this week and were later published by media outlets in Finland and abroad.

NATO's 30 allies signed the accession protocol for Sweden and Finland last month, allowing them to join the nuclear-armed alliance once all member states ratify the decision.

Poland has strongly supported Finland's membership of the alliance. 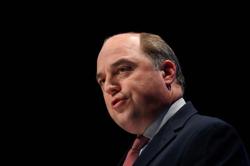