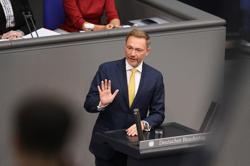 Energy prices more than doubled, and continued to be "mainly responsible" for the surge in factory gate prices, Destatis said. Without the rise in energy costs, producer prices in Germany would only be up 14.6 percent.

Last month, the German government saved the country's largest gas importer Uniper from insolvency by taking a 30 percent stake in the company. Further aid was also given by extending an existing credit line from 2 to 9 billion euros (9.09 billion U.S. dollars).

Inflation in Germany peaked at 7.9 percent in May, the highest level since the first oil crisis in 1973. Consumer prices have since slowed, reaching 7.5 percent in July, according to official data. Meanwhile, prices for energy products were up 35.5 percent year on year.

From October onwards, a special gas levy will enable the country's utilities to pass on the cost of high gas prices to consumers until March 2024. Problems are "likely to worsen in the coming months," the German Economic Institute (IW) warned earlier this week.

To counter the effect of the levy, the value-added tax (VAT) on gas is to be lowered from 19 percent to 7 percent. "With this step, we are providing much greater relief for gas customers overall than the additional burden resulting from the surcharges," Chancellor Olaf Scholz said on Thursday.

In addition to previous relief packages totaling 30 billion euros, Scholz also promised further state support in the coming weeks to "ease the great pressure that is weighing on many citizens, as well as businesses." (1 euro = 1.01 U.S. dollars)