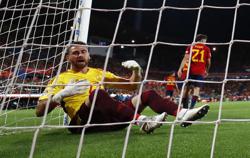 MADRID, Aug. 19 (Xinhua) -- The fourth day of strike action in Spain by pilots working for the low-cost airline Easyjet on Friday led to the cancellation of 14 flights, the pilots' union Sepla has confirmed.

Eight of the flights were either to or from Palma airport on the island of Mallorca, with another six between Barcelona's El Prat airport and Geneva, Basel, Milan, Paris and London.

Friday's cancellations mean that 50 flights have now been cancelled since the start of the strike on August 12. Further strike actions are scheduled for August 21, 27 and 29, as pilots continue their campaign for improved working conditions.

Sepla highlighted that Easyjet pilots had accepted "a salary drop" to help the airline during the COVID-19 pandemic, but the employer has not reverted to pre-pandemic conditions although the number of flights is now "very similar to what it was in 2019."

According to the union, this means pilots have lost between 25-30 percent of their purchasing power.

Air travelers to and from Spain are also having to deal with a strike by cabin crew at Ryanair, which is due to continue until January 2023. Meanwhile, cabin crew at Iberia Express on Wednesday called 10 days of strikes from August 28 to September 6, as they seek a collective agreement on working conditions. 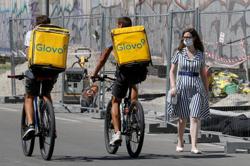