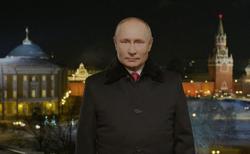 KHARKIV, Ukraine (Reuters) -Viktor Solovyanenko has gone out as little as possible since Russia invaded Ukraine because he fears stepping on unexploded munitions or sharp objects.

He is part of a small community of visually impaired people in the eastern city of Kharkiv who can hear the war but cannot see the damage wrought by nearly six months of Russian bombardment.

"Potentially, I could be stepping on something that might explode. It’s horrible, really horrible. It's dangerous for me to go outside," Solovyanenko, 54, told Reuters. "I try to walk around the city as little as possible because it's dangerous."

He lives in a hostel run by the Ukrainian Society of the Blind that provided shelter for 60 people before Russia invaded Ukraine on Feb. 24. Many have now fled abroad but 18 remain.

Solovyanenko touches the walls to feel his way around the hostel but can perform tasks such as ironing. He shares meals with fellow resident Natalia Pokutnia.

"Everyone laughs at this, but I have a good visual memory. I remember where to go, but if there's a pit, I will certainly fall right into it," Pokutnia said.

Because she cannot see, she found the start of the war confusing and chaotic.

"At first, we didn't understand what was going on. Like seriously, everything got so chaotic. I probably heard airplanes, I haven't seen them myself, people told me that," she said.

"We immediately covered and closed the window so that we wouldn't be visible. The guys told me it was horrifying, they saw yellow round spots flying around. Here, everything was moving and shaking. It was horrible."

Ukraine drove Russian forces back from the outskirts of Kharkiv in May but the city, Ukraine's second largest, remains under fire. Russia has denied targeting civilians, but many residential buildings in the city have been damaged. 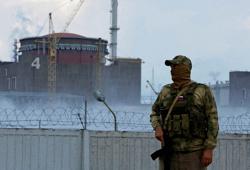 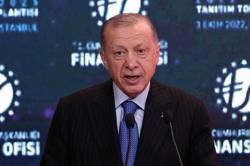