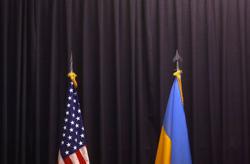 FILE PHOTO: A #BringAustinHome" banner, honoring freelance journalist Austin Tice who was abducted in Syria in 2012, hangs outside of The Washington Post headquarters in Washington, D.C., U.S., Aug. 9, 2022. REUTERS/Sarah Silbiger

AMMAN (Reuters) - Syria on Wednesday denied kidnapping or holding a U.S. journalist who disappeared a decade ago a week after President Joe Biden demanded that Damascus let him go home.

Austin Tice, a former U.S. Marine, was kidnapped in August

2012 aged 31 while reporting freelance in Damascus on the

His family believes he is alive and still being held in

Syria. The identity of Tice's captors is not known, and there

has been no claim of responsibility for his abduction.

The Syrian Foreign Ministry described Tice as a U.S. serviceman and denied the government was holding him or any other U.S. citizen.

"These are baseless allegations," the statement said.

Issuing a statement on the 10th anniversary of Tice's

captivity, Biden said last Wednesday his administration had "repeatedly asked the government of Syria to work with us so that we can bring Austin home".

Biden said Washington knew "with certainty" that Tice had at times been held by Syria's government.

Washington suspended its diplomatic presence in Syria in

envoy for hostage affairs, Roger Carstens, would "continue to

engage with the Syrian government" in coordination with the

The families of hostages and detainees have begun to

collectively raise their voices to urge Biden to prioritise the

issue and take steps such as arranging further prisoner swaps 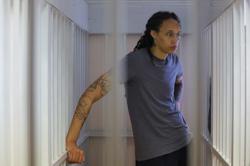 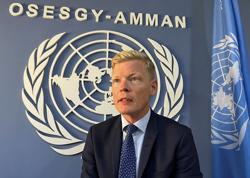