VALLETTA, Aug. 16 (Xinhua) -- Malta has received its first consignment of the monkeypox vaccine through a joint procurement mechanism of the European Union (EU), Health Minister Chris Fearne said on Tuesday.

In a post on Twitter, he said the primary contacts of confirmed monkeypox cases would be the first to get vaccinated. Two doses are necessary for a full vaccination.

Malta, with 30 monkeypox cases since the outbreak started in May, is second on the list of delivery alongside 13 other European countries that report only a few cases. EU member states with a higher incidence received their vaccines in July.

Monkeypox is a rare disease that is usually linked to contact with wild animals in west and central Africa.

So far, more than 30,000 monkeypox cases have been reported in more than 80 countries and regions. Symptoms include fever, headache, muscle pains, back pain, swollen glands, chills and lethargy. 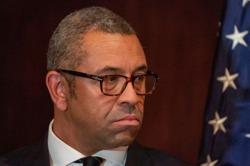