LONDON (Reuters) - Around 70 firefighters were tackling a fire in a railway arch in Southwark, central London on Wednesday, prompting trains to the area to be halted and several buildings to be evacuated, the London Fire Brigade said.

Footage posted by the fire brigade on Twitter showed large plumes of smoke coming from under the railway arch, which it said was "completely alight". London Underground trains as well as overground trains into London Bridge and Southwark were disrupted.

"The blaze is producing heavy smoke and those living or working in the local area are advised to keep their windows and doors closed," Station Commander Wayne Johnson said in a statement on the fire service's website. 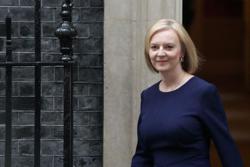 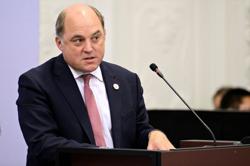