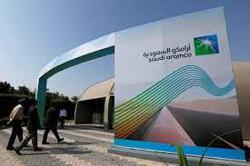 RIYADH, Aug. 15 (Xinhua) -- Commercial and investment cooperation between Saudi Arabia and China has witnessed a substantial increase, and the prospects of future cooperation in this field are optimistic, an expert on industrial investment at Saudi oil giant Aramco has said.

"I have visited China many times and every time I visit, I see major growth. China is now a world leader in commerce and culture," he said, adding his first China trip was made in 2003 to the Fujian Refining and Petrochemical Company in southeast China's Fujian Province.

The Fujian refinery, along with other Saudi-China joint ventures such as the Yanbu Aramco Sinopec Refining Company, or Yasref refinery, in Saudi Arabia, testifies to the successful cooperation between the two countries, according to him.

The Yasref refinery has become one of the best-built and finely operated projects in the whole region, he added.

He attributed the success of the joint venture to many factors, including the collaborative nature of the Chinese.

"Nowadays, the Chinese market is the biggest market for Saudi Aramco products and Chinese suppliers represent a large number in our supplier portfolio," he said.

Speaking of rising demand for Chinese products in the Gulf region, he said "China is known for its strength and the exporting high-quality products to the whole world. The region here, especially the Kingdom, and our company Aramco are major beneficiaries."