DUBAI (Reuters) -Iran will respond to the European Union's "final" text by midnight on Monday, Iranian Foreign Minister Hossein Amirabdollahian said, calling on the United States to show flexibility to resolve three remaining issues to save a 2015 nuclear pact.

"We do not want to reach a deal that after 40 days, two months or three months fails to be materialised on the ground .... we have told them that our red lines should be respected," Amirabdollahian said.

"Specifically, there are three issues .... If these three issues are resolved, we can reach an agreement. But failure to revive the pact, would not be end of the world."

"We will need more talks if Washington does not show flexibility for resolving the remaining issues ... Like Washington, we have our own plan B if the talks fail," he said.

The EU, as coordinator of Iran's nuclear talks with world powers, said last week it had put forward a "final" text following four days of indirect talks between U.S. and Iranian officials in Vienna.

Washington has said it is ready to quickly reach an agreement to restore the deal on the basis of the EU proposals.

Iranian officials said last week that they would convey their "additional views and considerations" to the EU. 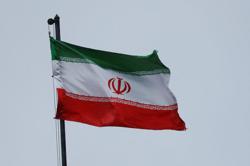