LONDON (Reuters) - Britain's main opposition Labour Party will call for the energy price cap to be frozen this autumn, a party source said, to help the public deal with another expected surge in energy bills during the worst cost-of-living crisis in decades.

The Labour leader Keir Starmer is expected to set out details of the plans on Monday and call for a block on the expected price cap rising above 3,000 pounds per year in October from 1,971 pounds currently, according to the source.

The announcement will increase the pressure on foreign minister Liz Truss and former finance minister Rishi Sunak, the two Conservative Party politicians aiming to be Britain's next prime minister after Boris Johnson resigned last month, who have so far only promised more limited help.

Charities in Britain are warning that millions of people could be forced into poverty if the government does not soften the blow with a fresh support package worth billions of pounds.

"Looking ahead to winter is frightening," Starmer wrote in The Sunday Mirror. "We will set out how we would help people directly this winter in the coming days."

A move by Russia to cut gas exports to the West following the invasion of Ukraine has driven up bills across Europe, forcing governments in Italy, France and elsewhere to intervene to protect their citizens. For example, France has capped electricity tariff rises at 4%.

The forecasting group Cornwall Insight estimates that average British annual bills for gas and electricity will jump to 3,582 pounds in October and 4,266 pounds in January. Earlier this year the price cap was 1,277 pounds.

The favourite to be Britain's next prime minister Truss has faced criticism from political opponents and charities for appearing to rule out further "handouts" and, seeking to appeal to fiscally conservative party members, has not committed to increasing direct support to consumers.

Sunak said last week every household would get savings of around 200 pounds on their energy bills with a reduction in value-added tax. 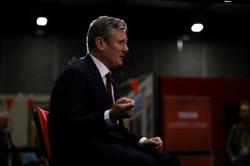 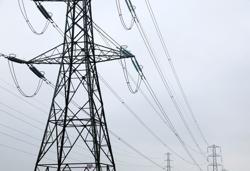