(Fixes typo in headline, no change to text)

MOSCOW (Reuters) - Russian forces have taken full control of Pisky, a village on the outskirts in Ukraine's Donetsk region, Interfax cited the Russian defence ministry as saying on Saturday.

Reuters was not able to immediately verify the report.

Russian and pro-Russian forces had reported that they had taken full control of Pisky more than a week ago.

The ministry also said that Russian forces had destroyed a U.S.-supplied HIMARS rocket system near Ukraine's Kramatorsk and a depot with ammunition for the system, Interfax reported. 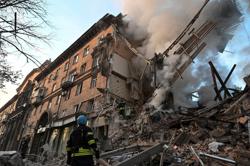